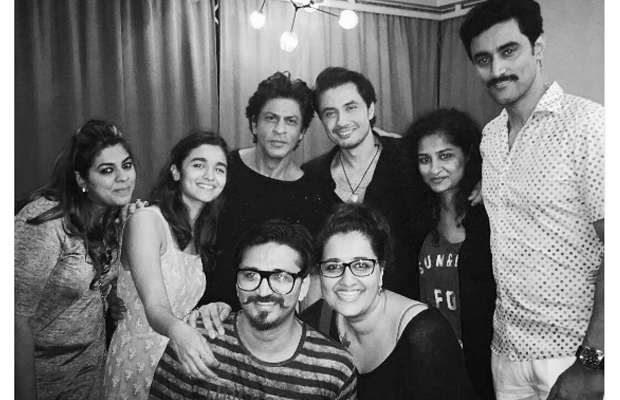 [tps_footer]Shah Rukh Khan and Alia Bhatt will soon be seen in Gauri Shinde’s film ‘Dear Zindagi’. The movie is gaining all the headlines lately for its back to back updates and glimpses. The plot of the film was kept under wraps until recently. Even the title of the movie was declared way later. The Gauri Shinde directorial is much in the news for the on-screen presence of Alia and SRK.

The film also features actors Ali Zafar, Kunal Kapoor, Aditya Roy Kapur and Angad Bedi. Shah Rukh Khan will be seen in a brief role in the film. The film will revolve around the above-stated actors and Alia Bhatt.

After a long wait, the first glimpse from ‘Dear Zindagi’ was revealed. The glimpse saw Alia and SRK engrossed in a conversation. Just recently, King Khan has shared an adorable picture on the micro-blogging site Twitter. The superstar has tweeted a picture with the team of ‘Dear Zindagi’. Shah Rukh Khan captioned the picture saying, “Thank u Dear Zindagi. Had a wonderful evening with the whole team finally.” 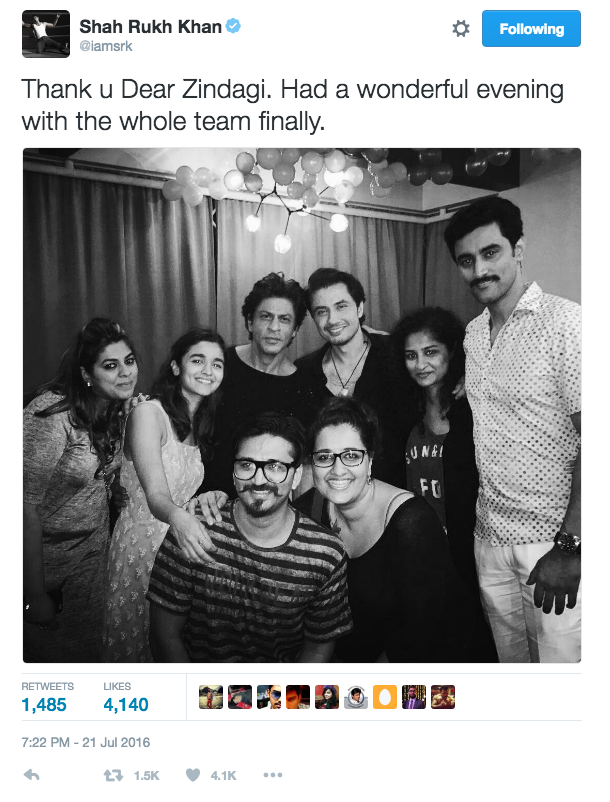 ‘Dear Zindagi’ is going to be a unique film as it will explore four different personalities. Ali Zafar will portray the role of a rock star who is extremely passionate about the idea of love and romance, Kunal Kapoor is a film producer in the movie, Angad Bedi will be seen as Alia’s childhood sweetheart and Aditya Roy Kapur will be seen as a boy next door.

The plot of the film is interesting to the core and the movie is also awaited by the masses. ‘Dear Zindagi’ is scheduled to hit the screens in November this year. 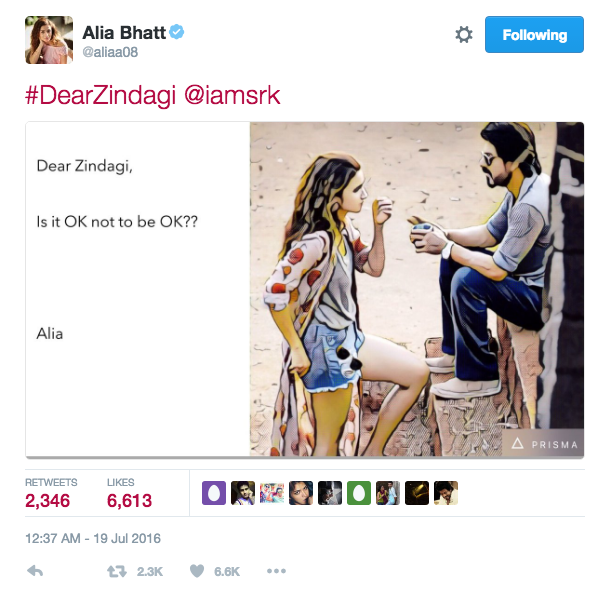 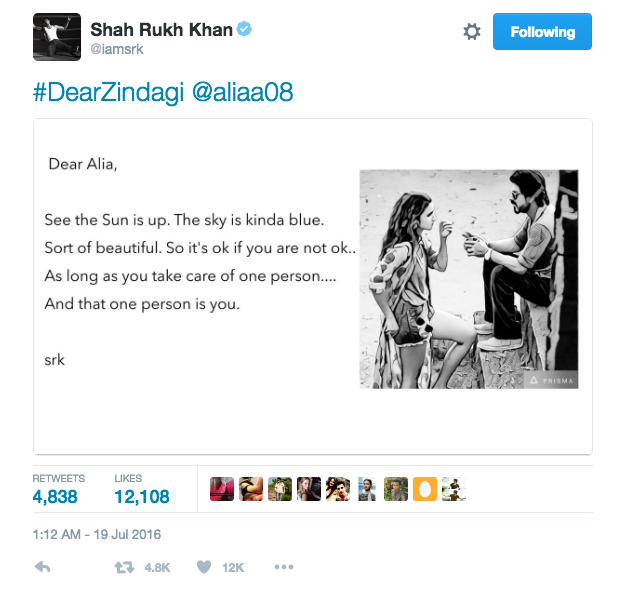 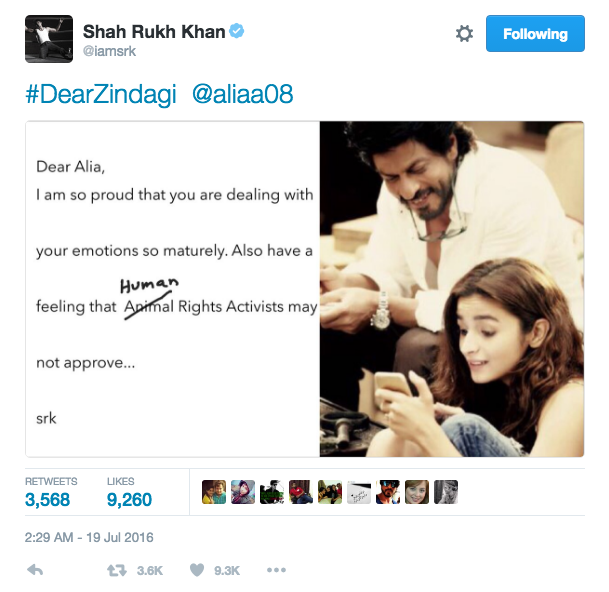 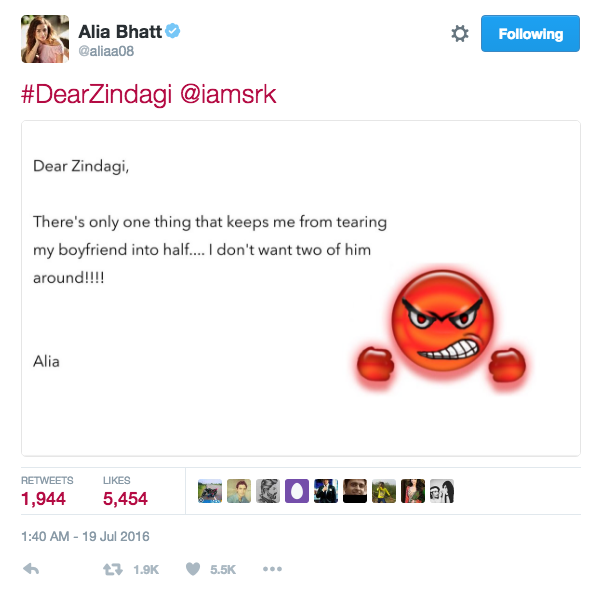 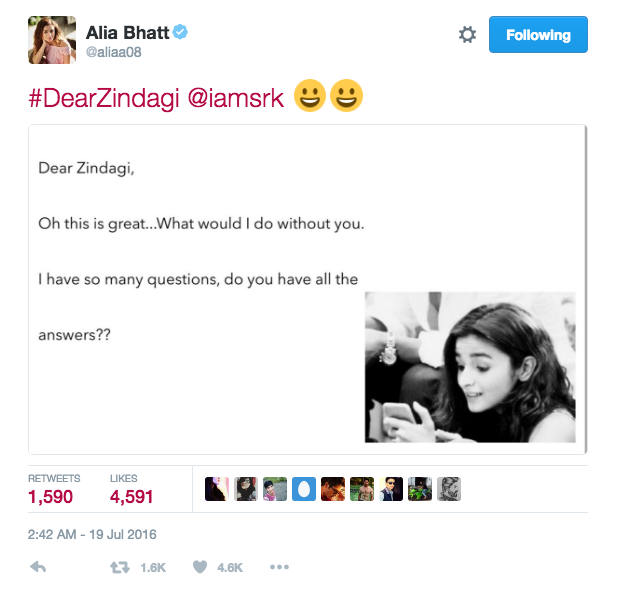 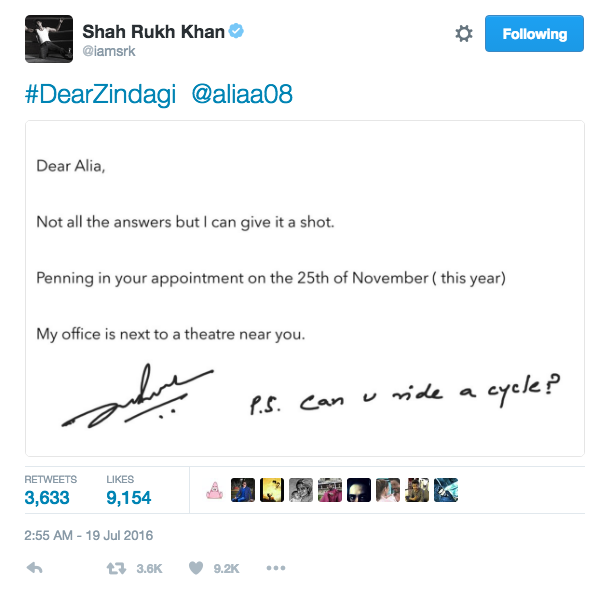 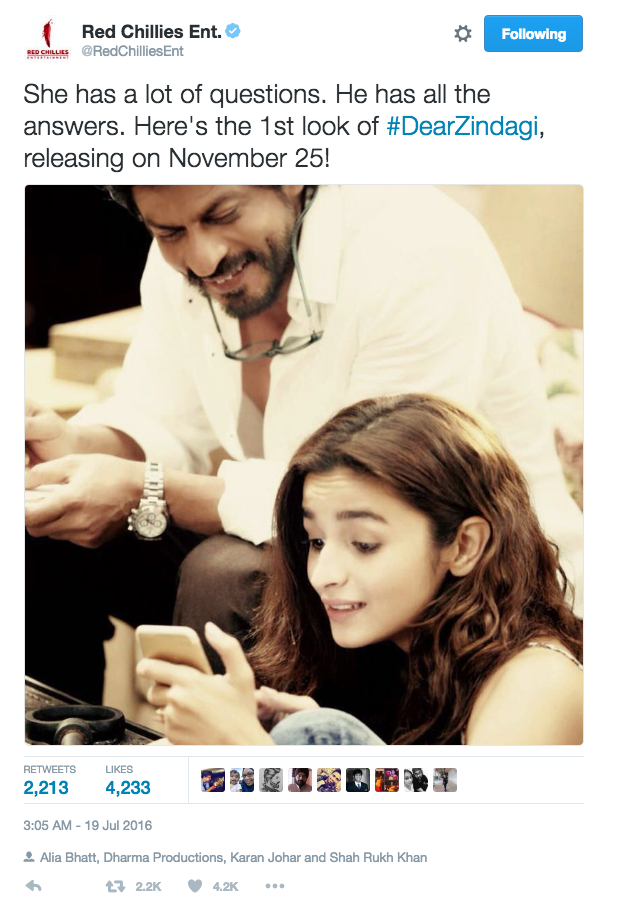