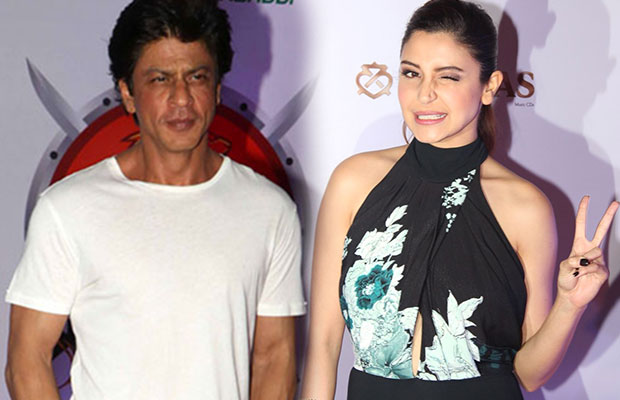 [tps_footer]Shah Rukh Khan is busy shooting in Prague for Imtiaz Ali’s tentatively titled The Ring. The 50-year-old actor was seen shooting a scene on Mohit Chauhan’s songs with a flag in his hand. As soon as SRK took out his flag, his fans there surrounded him.

Well, one thing that caught our attention was his flag. The words written on his flags say, ‘Your Euro Travels’. Well, this proves that King Khan is surely playing a tour guide in the film. Also, it seems like he will be playing a tour guide for Anushka Sharma and that’s love blooms between the two. Well, it will be exciting to see the two again on screen with some love, romance, and beautiful chemistry.

Apart from that, SRK has another release this year. He will be playing an important role in Gauri Shinde’s Dear Zindagi. The film stars Alia Bhatt in a titular role. The film will hit the screens on November 25. It will clash with Vidya Balan’s Kahaani 2.

King Khan’s most awaited film Raees will release on January 26, 2017. The film might clash with Sanjay Gupta’s  Hrithik Roshan starrer Kaabil. SRK will next start shooting for Aanand L Rai’s film. In the film, he plays a dwarf character. The film will have two heroines. Apparently, Deepika Padukone is in talks for one of the actresses in the film.

There is also a buzz that Shah Rukh will be a part of fourth Dhoom series, Dhoom Reloaded. He might play the role of a thief in the film whereas Ranveer Singh is apparently replacing Abhishek Bachchan in the cop’s role.