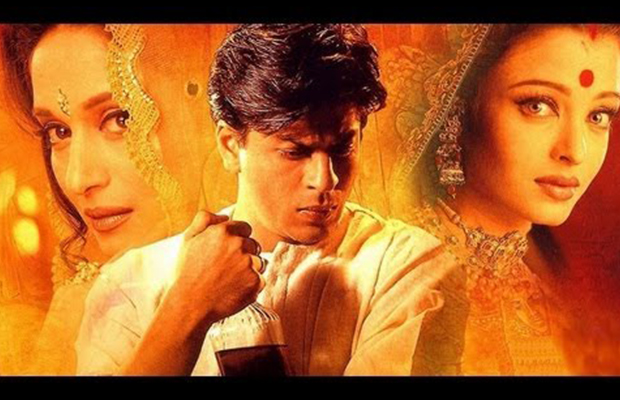 [tps_footer]Shah Rukh Khan, Aishwarya Rai Bachchan and Madhuri Dixit Nene impressed the masses with their film ‘Devdas’. The film directed by Sanjay Leela Bhansali was applauded to no ends. The gigantic movie was top notch in its casting, costumes, story and songs. The film was much in the limelight for its dream star cast of SRK, Madhuri and Aishwarya.

‘Devdas’ has completed 14 years in the industry and the audience is still in awe with the film. The film is still recalled as a masterpiece and Shah Rukh Khan’s Devdas avatar stole all the hearts. The movie won several awards for its perfect execution. The film’s dialogues are still lingering the minds of the audience.

Moreover, who can forget the iconic performances of Madhuri and Aishwarya. King Khan who is an epitome of romance in the tinsel town has thanked filmmaker Sanjay Leela Bhansali for the beautiful film. SRK took to the micro blogging site Twitter and tweeted, “Devdas will always b special.Thank u Bhansali… the beautiful ladies & every1.Late nites..long shoots &so much love.” 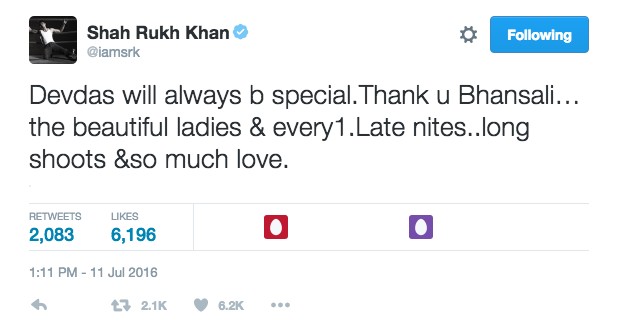 Since the film ‘Devdas’, things have been cold between SRK and SLB. It was reported that the two talent bundles are no longer friends. The two celebs have battled on the box office twice already and the vibes between the two are not very friendly. Shah Rukh Khan and Bhansali were at logger heads with ‘Om Shanti Om’ and ‘Saawariya’ and recently both of them clashed with ‘Dilwale’ and ‘Bajirao Mastani’.

Well, we hope both these super talents once again come up with a massive project!

On the work front, SRK is gearing up for ‘Raees’ whereas SLB will get busy with his upcoming film ‘Padmavati’. 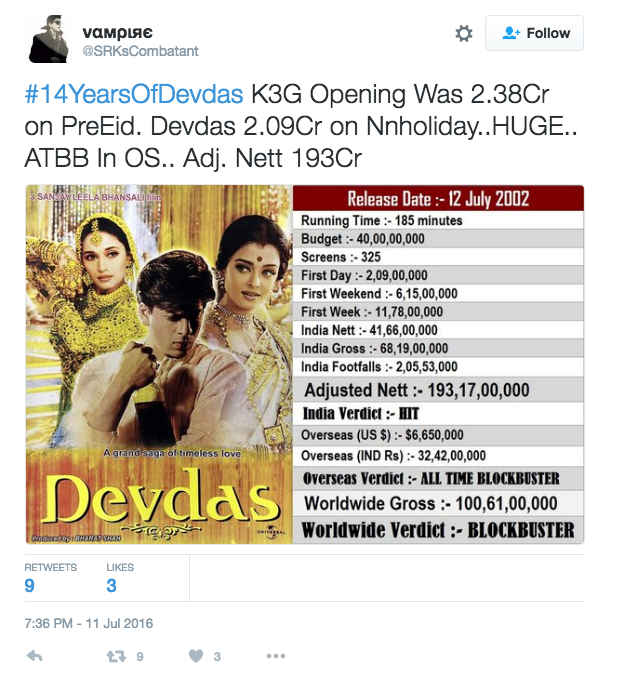 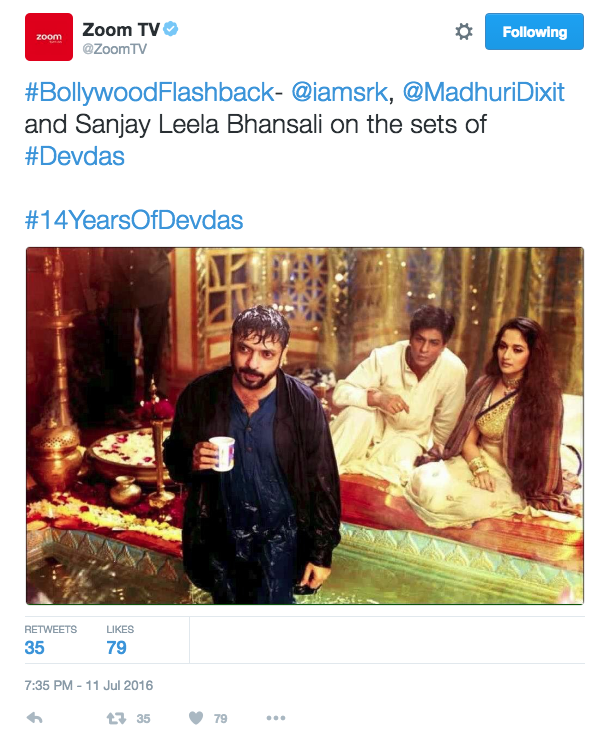 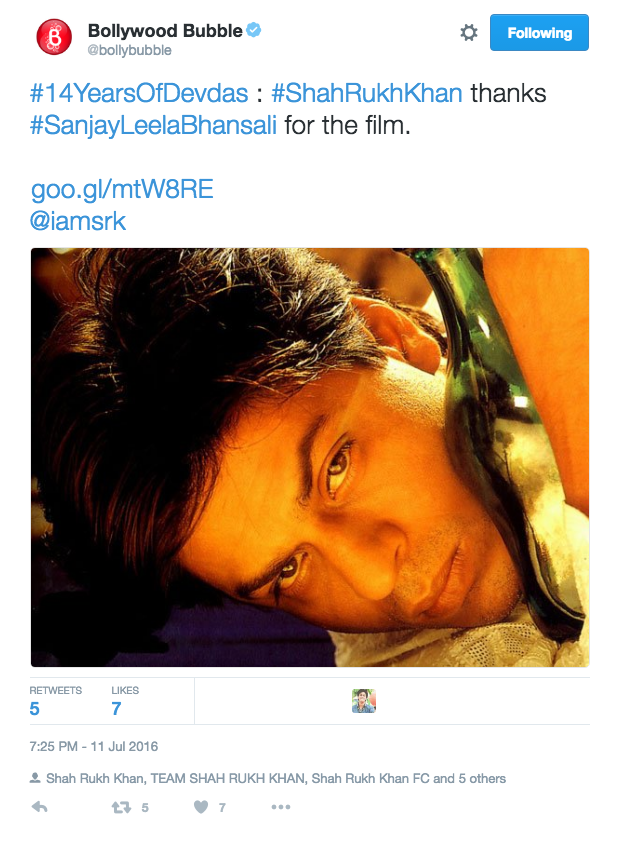 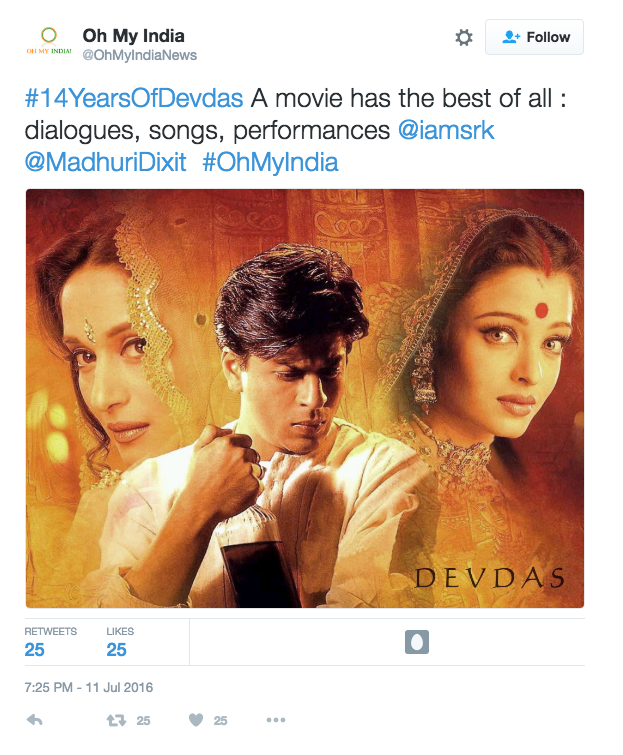 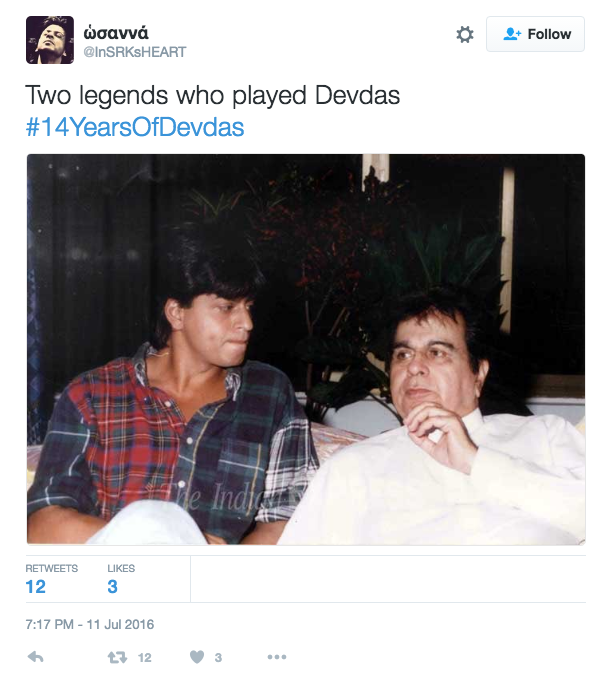 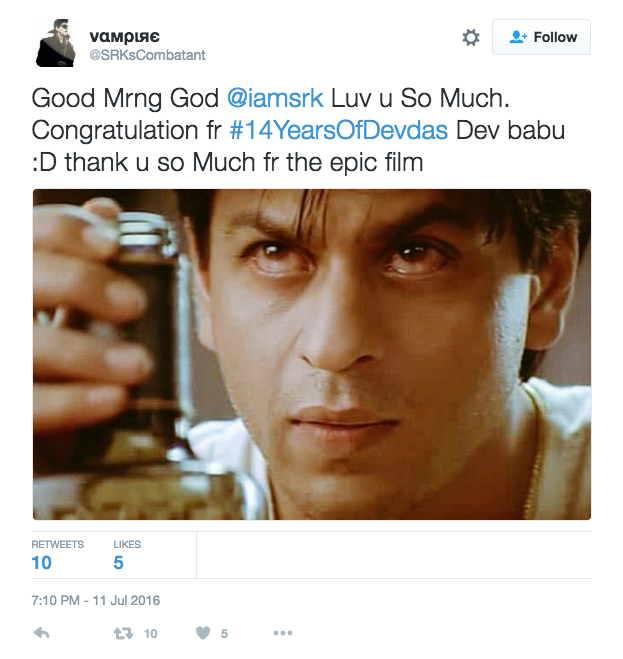 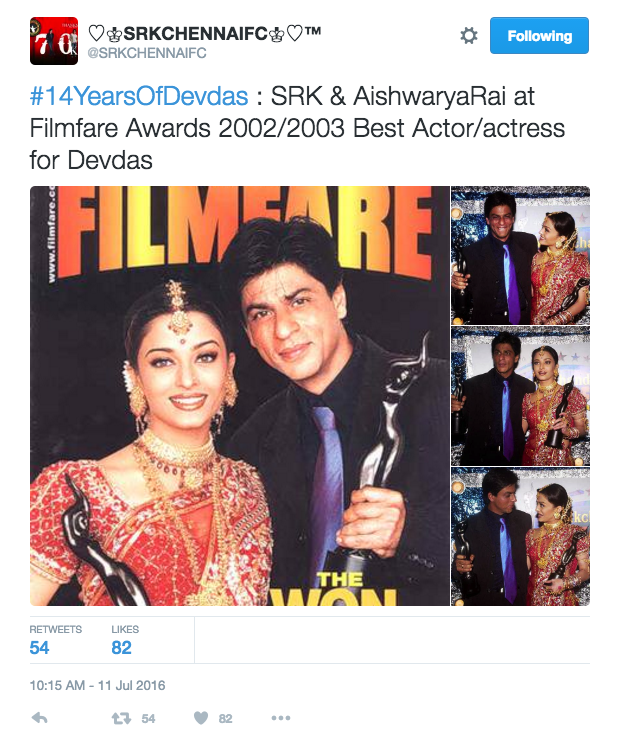 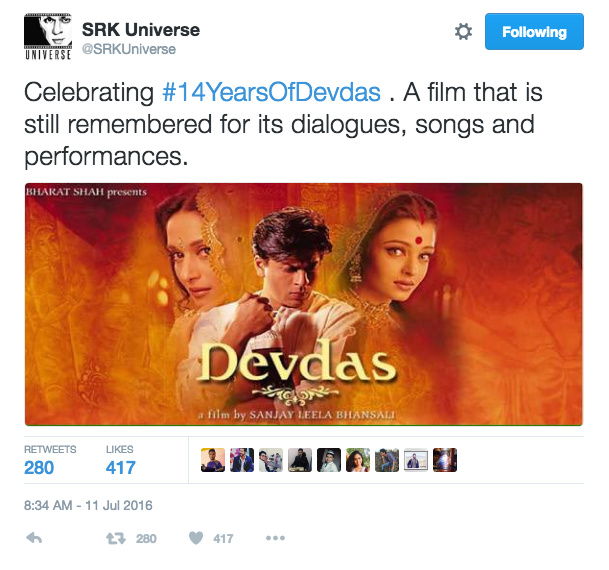