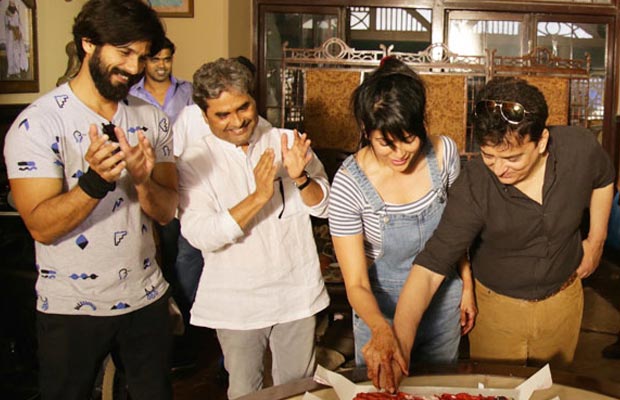 [tps_footer] Vishal Bhardwaj’s upcoming film ‘Rangoon’ stars Kangana Ranaut, Shahid Kapoor and Saif Ali Khan in lead roles. The filmmaker, who is credited for adapting hardcore classics in Bollywood, is yet again ready with a historical movie. ‘Rangoon’ has been much in news since its announcement. The star cast of the film is a surprise to the lenses and is already creating a buzz.

The shooting of the film has started off in a big way. The film ‘Rangoon’ is produced by Sajid Nadiadwala. Sajid’s wife Warda shared on the micro blogging site Twitter posting, “Yayyyyyy Maashallah!!! #RANGOON started Goodluck team #VishalBharadwaj #SajidNadiadwala @rekha_bhardwaj.” 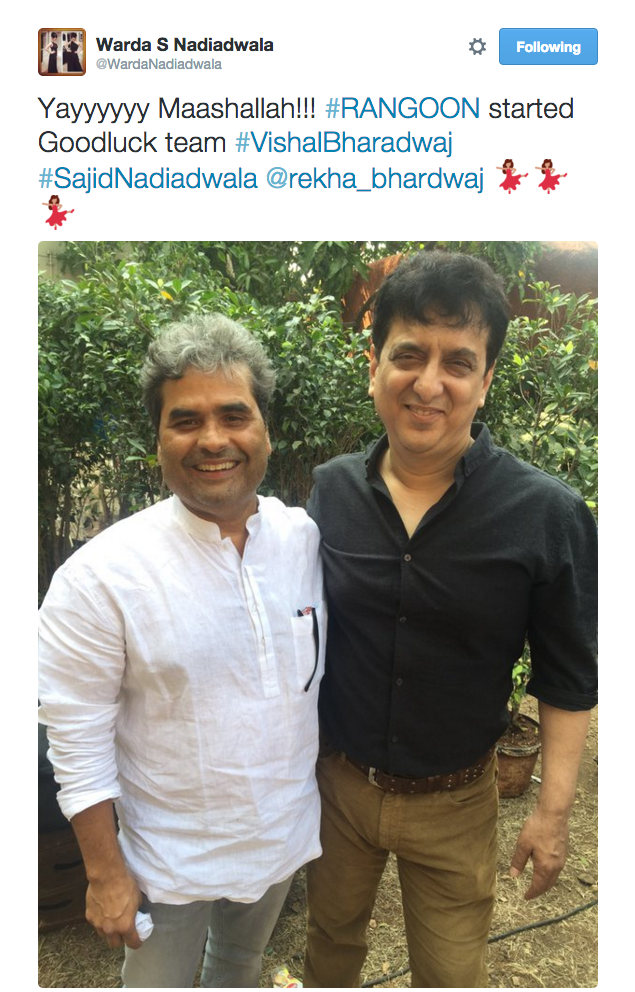 The highly demanding film will have the backdrop of the World War II. The story line of the movie is supposedly kept much in wraps but the outline is well known by many. It is speculated that the movie will be of a Casablanca like love triangle set in the WWII. The stars Kangana, Shahid and Saif will be seen resembling the characters of that age. It is rumored that Kangana will be seen in the character of a dancer and that the actress has taken special training for the same.

Additionally, ‘Rangoon’ is supposed to be a musical one with enthralling details of the War. Vishal Bhardwaj is known for his execution and content. The filmmaker has always been a lover of unique content and is expected to do the same with ‘Rangoon’. Vishal has worked with both Shahid Kapoor and Saif Ali Khan in the films ‘Haider’ and ‘Omkara’ respectively. The director was also heard sharing that both the actors are his personal favorites. The cherry on the cake will obviously be talent bundle Kangana Ranaut.

With such an intriguing love story compiled with a War, the audience can hardly wait for the film. [/tps_footer]