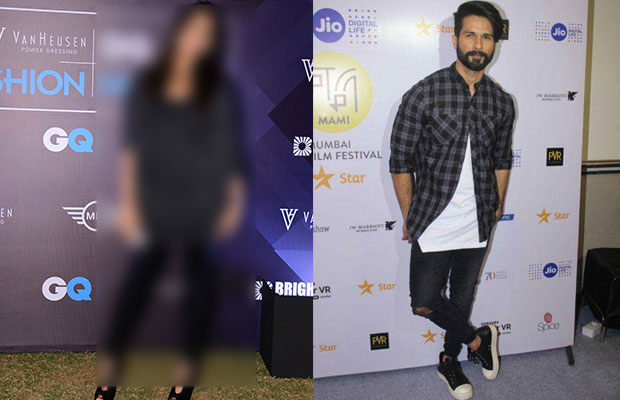 Shahid Kapoor and Mira Rajput Kapoor have been married for over a year and are parents to adorable little Misha. Mira has chosen to stay away from the limelight as much as possible usually.

But now-a-days, seems like she has finally decided to step into the spotlight without husband Shahid Kapoor by her side but he was there ‘in spirit’ as she posed for a picture at the GQ Fashion Nights. She was accompanied by the couple’s good friend and designer, Kunal Rawal.

What do we mean he was there ‘in spirit’? Well, we say that because she was wearing her husband Shahid Kapoor’s shirt. It was the same shirt Shahid wore a while back at MAMI Film Festival.