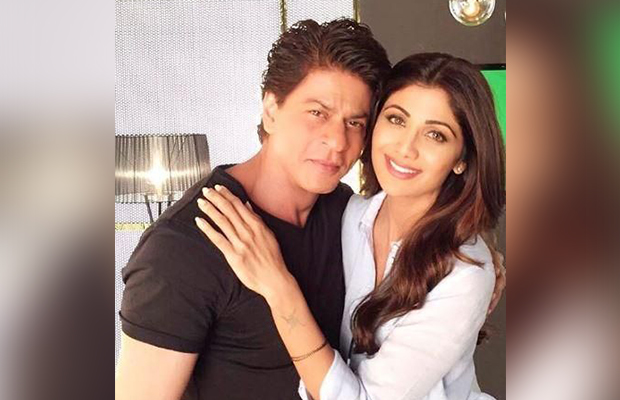 [tps_footer]Remember Baazigar? The adorable chemistry shared between actress Shilpa Shetty and superstar Shah Rukh Khan was no less than a treat to watch. The pair didn’t really come together after that however the chemistry between the two would never let us forget the film.

It’s been a long time since then- 23 years to be precise and the lead actors of the film have developed both professionally and in appearance.

However, Shilpa made us run down the memory lane and experience nostalgia by sharing this totes adorable picture with her Baazigar co star.

Shilpa recreated the same magic of Baazigar with Shah Rukh by sharing this picture on micro blogging site Twitter.

Here is the picture the actress shared: 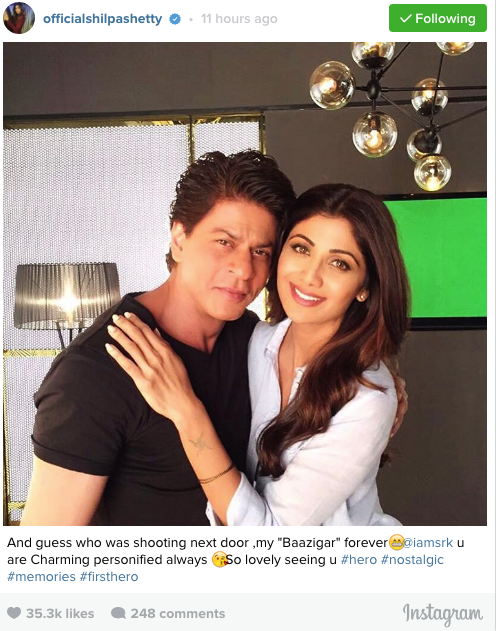 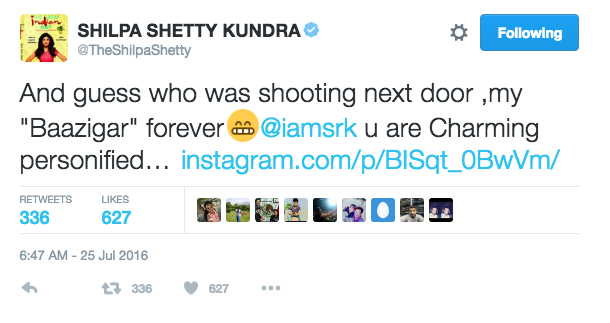 Shilpa captioned the image posting, “And guess who was shooting next door, my “Baazigar” forever@iamsrk u are Charming personified always. So lovely seeing u #hero #nostalgic #memories #firsthero.”

Now if doesn’t make you go down the memory lane, we don’t know what will!

On the professional front, Shah Rukh is all set for the release of his upcoming film Dear Zindagi co starring Alia Bhatt and directed by Gauri Shinde of English Vinglish fame. His much awaited film Raees is all set for its release in 2017. On the other hand, Shilpa is currently occupied with her books, IPL team and other projects, not to forget, with her adorable little son Viaan as well.
[/tps_footer]