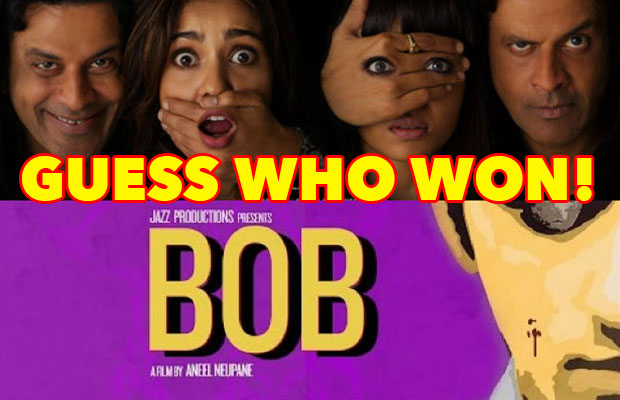 [tps_footer]Shirish Kunder was much in the limelight lately for his short film ‘Kriti’. The short film was much applauded by the masses for its intriguing concept. Shirish earned loads of laurels for his execution. The filmmaker landed in trouble when a Nepali director accused him of plagiarism.

Aneel Neupane took to the social media platform Facebook and stated that Shirish Kunder had copied his short film ‘BOB’. Aneel claimed that Shirish stole the concept of his short film. The war went on a serious note when the viewers also commented that the two films are identical in their plot.

The video sharing site YouTube then blocked down the viewing of both the films ‘Kriti’ and ‘BOB’ citing copyright issues. Shirish Kunder maintained his stand by saying that he can prove that his short film is not plagiarized.

The filmmaker has now emerged victorious in the same and his film ‘Kriti’ is back on YouTube. Shirish Kunder provided legal evidence to the video sharing hub and won. Moreover, Kunder also filed a legal suit against the Nepali director and demanded a written apology for the same.

‘Kriti’ starring Manoj Bajpayee, Radhika Apte and Neha Sharma is now back on YouTube for the viewers.

Shirish who is obviously happy with this expressed his joy on Twitter by posting, “Truth wins! #Kriti is back on YouTube after proving evidences legally.A big thank you to all those who stood by us.” 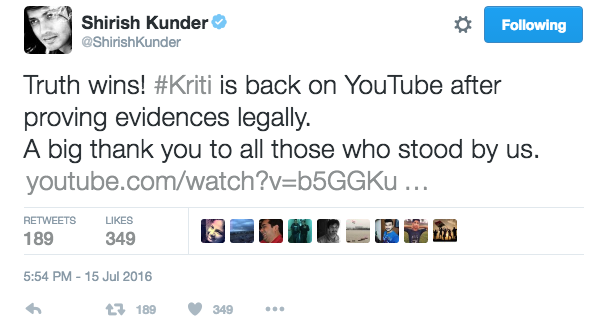