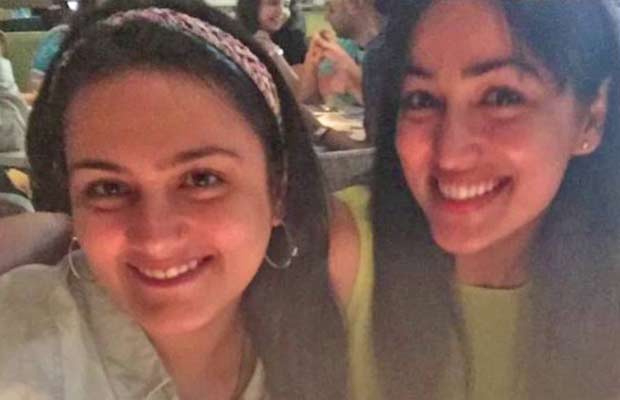 Pulkit Samrat’s estranged wife, Shweta Rohira and his rumoured girlfriend Yami Gautam were in for a huge shock last evening. An incident that took place yesterday at the Dishoom screening held at YRF Studios in Andheri was sure to send Shweta in a fit of rage, however, the girl indeed took things very calmly and held herself back with dignity!

Reportedly, both the girls came face to face yesterday at the screening of Rohit Dhawan’s film. Well not just face to face, the ladies were even made to sit barely at an arm’s length!

Call it a game of destiny or a mere coincidence, but the two actress who have been on a cold war ever since Pulkit left Shweta for Yami Gautam, came across each other for the first time after the couple’s estrangement.

Both the ladies were invited by Varun Dhawan who has worked with Yami in Badlapur and shares close family ties with Shweta courtesy Salman Khan who is a rakhi brother of the girl.

It all started when the lights went on during the interval and Shweta, who was sitting with Daisy Shah, turned back. She was shocked to see Yami sitting right behind her. Although their eyes met, the girls didn’t exchange a word among themselves. While Shweta couldn’t control the anger that had taken over her face, she kept her calm composure and looked away. However, Yami was so shocked to see Shweta present there that she almost froze to her seat! While Shweta went out to intermingle with the other guests present there, Yami didn’t move from her seat and sat there throughout the interval!

It wasn’t very long ago that Shweta had openly called Yami a home breaker and accused her of evidently crushing over her then happily married husband.

After the interval, Shweta reoccupied her seat and didn’t opt for a replacement as the theater was running full.

An eye witness to the entire fiasco said, “No, it was a full house. They had no choice but to stay put. Thank God, Pulkit was not around.”

However, neither of the ladies stayed there long after the movie got over and immediately exited the venue in their respective vehicles!