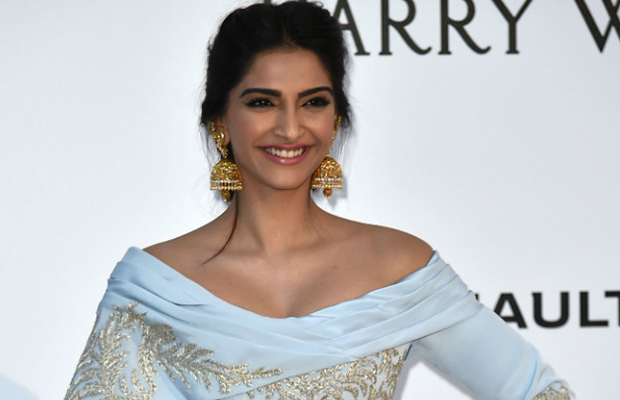 Sonam Kapoor was recently spotted at the special screening of a Punjabi film Chauthi Koot where she was asked if she would like to do a Punjabi film, she answered that she doesn’t know the language though she understands it. Sonam preferably understands Sindhi and Hindi more, but as an actor, she says that language should not curb your enthusiasm. She later on said that if she likes the story and if it is Punjabi, Chinese, Hindi, Marathi, Russian, French or any language, Sonam will do it if she likes the character.

So we can see Sonam Kapoor has hinted us that she is open to doing any regional film. We hope the casting directors are reading this and soon they will approach this Bollywood fashionista for their film.

On the other hand, no Bollywood celeb has ever done a regional film except the upcoming Jackie Chan’s English-Hindi-Mandarin film which stars Sonu Sood and Amyra Dastur titled as Kung Fu Yoga.

Sonam Kapoor will next be seen in the film Veerey Di Wedding.