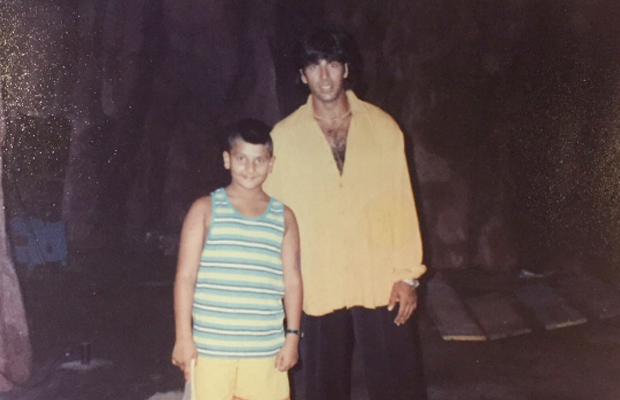 [tps_footer]Ranveer Singh is one actor who is on good terms with all the stars. The energetic actor is all smitten by the Khiladi of the industry Akshay Kumar. Ranveer Singh who is climbing the success ladder rapidly with his back to back hit films is also waiting eagerly for Akshay’s upcoming film ‘Rustom’. Apart from Ranveer, Bajrangi Bhaijaan star Salman Khan also was in the news when he shared a video wherein he told his fans to watch ‘Rustom’.

Akshay Kumar will play the role of a naval officer in the film. The Airlift actor has impressed his fans with the intriguing trailer of ‘Rustom’. The film also stars actresses Ileana D’Cruz and Esha Gupta in lead roles. The film is directed by Tinu Suresh Desai and is based on the Nanavati case.

The Bajirao Mastani actor Ranveer is also looking forward to the film ‘Rustom’. The actor took to the microblogging site Twitter and tweeted a childhood picture of himself wherein he is seen standing with Akshay Kumar. Ranveer captioned the picture saying, “PRICELESS #Throwback !!!My Fanboy moment with the One & Only @akshaykumar ! #9DaysToRustom (Watch this space!).” 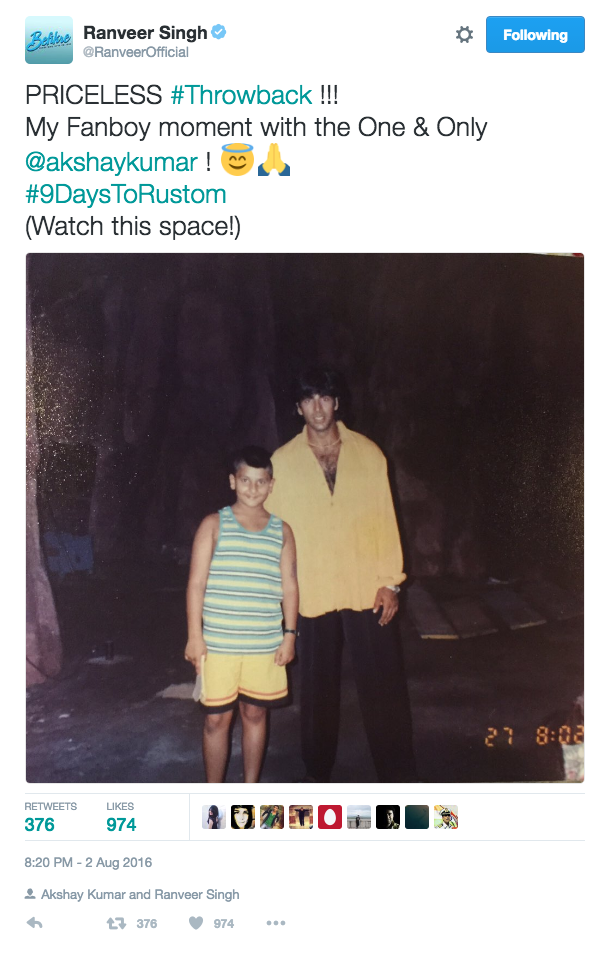 It can be well assumed that hopes are very high for Akshay Kumar’s upcoming flick. The film is much in the limelight also for its mind blowing songs. With an impressive first glimpse, the movie is also assumed to make a good mark at the box office.