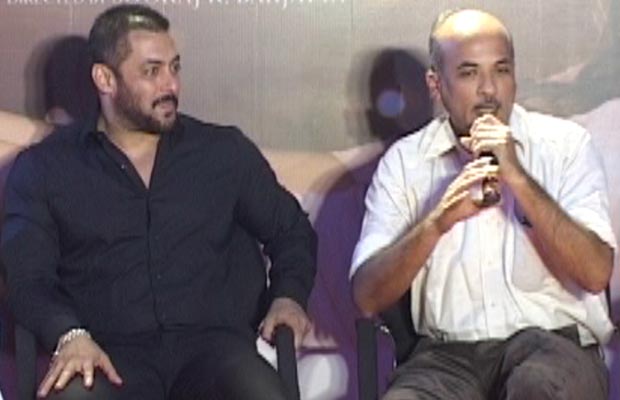 The hit machine of the tinsel town, Sooraj Barjatya and Salman Khan are back again with their family drama ‘Prem Ratan Dhan Payo’. The film, which is barely a few days away from its release, is already gaining laurels for its glimpses and songs.

The film is not only in limelight for Dabangg Khan Salman, but also because it will bring back the beloved avatar of Prem after many years. Director Sooraj Barjatya is often credited for giving Salman the identity of Prem. The two talent bundles, Salman and Sooraj have given massive hits to the industry like ‘Hum Aapke Hain Koun..!’ , ‘Maine Pyar Kiya’ and ‘Hum Saath Saath Hain’.

The two are expected to create a blockbuster with the film ‘Prem Ratan Dhan Payo’ too. The film stars Sonam Kapoor opposite Salman Khan. The movie also features Neil Nitin Mukesh, Anupam Kher and Swara Bhaskar in important roles apart from Salman and Sonam.

The highly grounded filmmaker Sooraj recently confessed something interesting saying, “This film is only for him (Salman). I wanted to make people idolise him… a film, where he can change people. Even though youngsters go less for my movie, but if a youngster says he wants to show it to his mother, grandmother, in-laws, that is the biggest return and victory for me.”

The man behind the lenses continued, “As a director, it’s only four days left, so I am the most nervous here. Day before when the movie got over, I calculated the budget and I was shocked, that unless it becomes the biggest hit then… It’s Diwali, whether you watch the film or not, go to your villages and meet those whom you haven’t met in years. That’s the whole spirit…,“.

The witty actor Salman who is always ready to make a spontaneous comment, interrupted Sooraj Barjatya and said, “You should not say these things seriously because last time I said this I regretted. Jaaneman and Don were released on the same day. I went to promote Don and said ‘first watch Don’ so everyone saw that and no one saw…”

Salman Khan further added, “Go to your village, meet family and take them to watch the film too.”

The much-awaited film ‘Prem Ratan Dhan Payo’ is all set to release on November 12th, 2015.