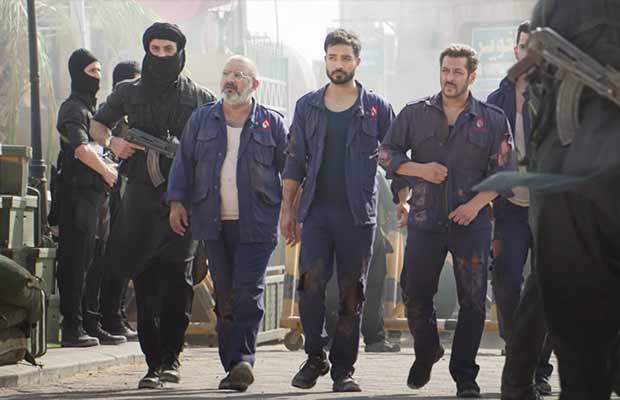 Yes, we did and we swooned too!

The wait for Tiger Zinda Hai’s trailer is finally over! While everyone is raving about the cinematically perfect action sequences, Salman Khan’s killer dialogues and Katrina Kaif’s impressive flips we are happy to see the Pink actor Angad Bedi.

Last seen in an Amazon Original Inside Edge, we caught a glimpse of Angad Bedi in the trailer of Salman Khan, Katrina Kaif starrer Tiger Zinda Hai. And we were swooned!

Angad Bedi looks all rugged and bruised in the glimpses we caught of him walking along with Salman Khan in the trailer. We can’t wait to see what role gets up to in the movie!

Sequel to Ek Tha Tiger picks up eight years later. The much anticipated trailer shows a team of Indian nurses being abducted in Iraq by a group of extremists and now it is up to Salman’s character Avinash Singh Rathore and Katrina Kaif’s character Zoya to rescue the Indian hostages. The trailer boasts of some beautiful shots of Abu Dhabi’s Liwa desert and Austria’s snow covered mountain tops.

Tiger Zinda Hai’s trailer promises us everything that can be expected from an action flick. Exotic locations, mind blowing action sequences, thrill element, romance and a world to save. And from the looks of it Ali Abbas Zafar’s Tiger Zinda Hai will deliver.