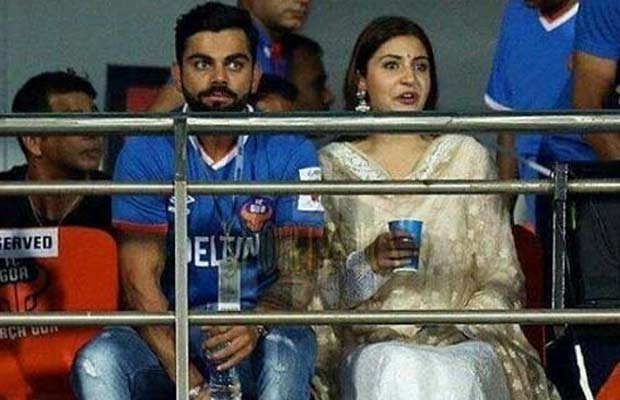 Finally, after making their fans wait a lot, Anushka Sharma and Virat Kohli make an adorable appearance together in Goa. Everyone was eagerly waiting to see Anushka and Virat together and the two were finally seen together again after a long time. While Virat was busy with cricket matches, Anushka was busy with the promotions of Ae Dil Hai Mushkil. Finally, the two have got some time together for each other and we just can’t get over their adorable photos.

The adorable couple was seen at Indian Super League football tournament match of Delhi Dynamos Vs FC Goa, held in Goa. Anushka looked pretty in white salwar suit while Virat was seen carrying a cool casual look. The duo was seen encouraging and cheering for team FC Goa. We just can’t get our eyes off from this adorable couple and they look so comfortable and happy in each other’s company. Don’t you think same?

Moreover, just a day ago, team India won the series against New Zealand and then we see them together on Diwali. How amazing is that!

Take a look at the adorable photos of them! 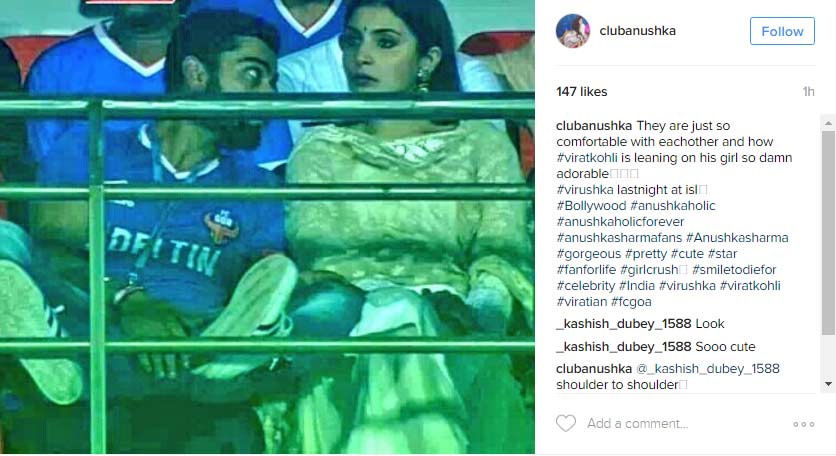 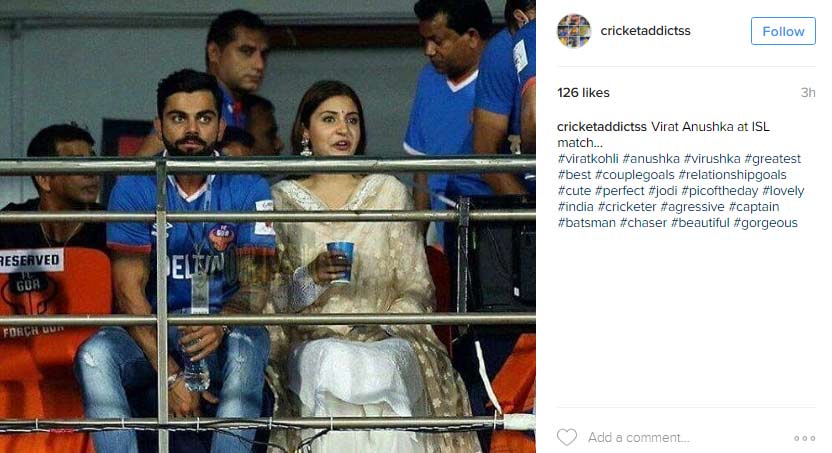 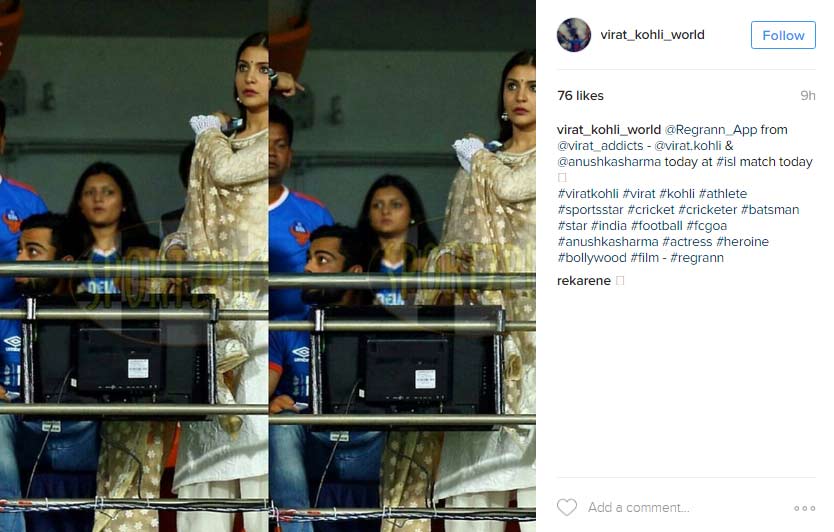 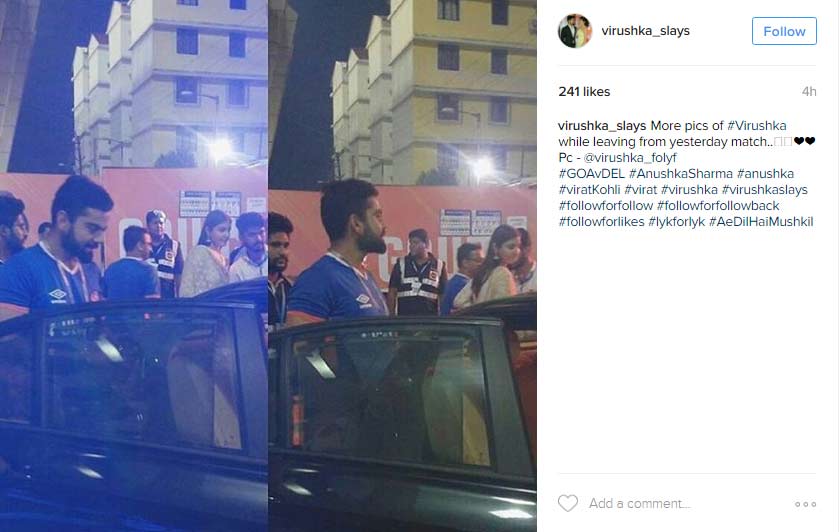 Here’s a video of them leaving a restaurant after having dinner together in Goa!