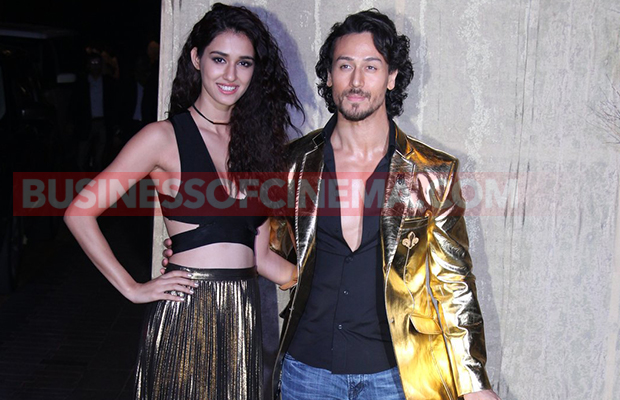 The Baaghi actor,Tiger Shroff, who is just three films old has already managed to have a fan following and proven how dedicated and hard working he is. Tiger, who is a disciplined and dedicated actor seems to be a very caring boyfriend to girlfriend and fresher Disha Patani who recently made her debut in M S Dhoni- The Untold Story. Well! A source from the industry says that the actor has very straight and focused goals about his career and martial arts and has huge projects in future whereas, Disha just had one film so far and so she needs guidance in her career.
A source said that Junior Shroff is advising Disha Patani about her workouts and diets which is helping for sure but he also advises over what designer attires she should be wearing and where to give her appearances when it comes to B-town events. In fact, the source revealed that the actor suggests her about what endorsements she should take up.
A very close friend of the Heropanti actor revealed that these are just rumors spread by someone who is jealous and insecure of Tiger. He said that Tiger, who is himself working on his goals would not intervene in somebody’s life especially when he himself doesn’t have the time to do so. He also added that Tiger Shroff is very supportive towards his sister and  best friend who are working hard for Bollywood, then what’s the point of being partial towards his lady love.
When Tiger was asked about what he has to say over it, he said that he is nobody to command anyone and is himself at no position to give advises as he himself is a struggler. He said he doesn’t even intervene in his sister’s life, then commanding someone outside the family is a bigger question.