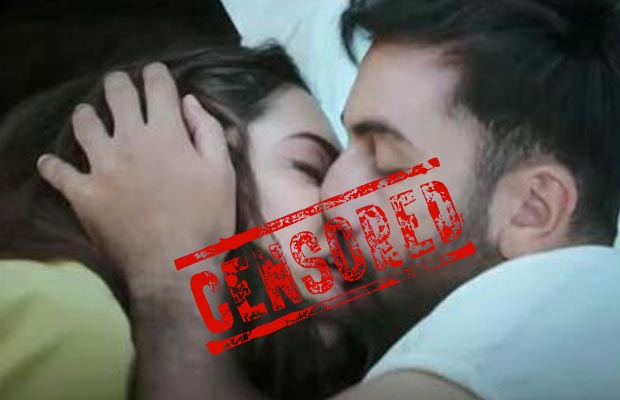 The Censor Board is always too serious when it comes to examining steamy scenes in any movie. The Board which is known for its hard hitting decisions and cuts has also directed something similar to Imtiaz Ali’s film ‘Tamasha’.
The fun loving film which stars Deepika Padukone and Ranbir Kapoor in main leads is highly awaited by the masses. The two highly talented stars Deepika and Ranbir are known for their on screen chemistry and have also been garnering headlines for their relationship. Film ‘Tamasha’ is a love story with a twist in the tale, the romance is surely incomplete without an eye grabbing scene.

Well, seems like the Censor Board is experiencing some cold jitters after viewing the film. Reports suggest that the Board has ordered the makers of the film to cut the long kiss in the movie. According to reports, the scene comprises of Deepika and Ranbir entangled in a long lip lock. The lip lock is said to be a long one breaking all the records. However, the scene is expected to be cut from the film according to Censor Board’s decision.

The masses are already going gaga over ‘Tamasha’s trailer and glimpses, the songs have already become a rage. Now with such a harsh decision, it seems like the chemistry between the two actors will have be cut short. In total five cuts have been ordered by the Board. The movie is granted with a U/A certificate in reference to the cuts.
It is also being said that the film has some very derogatory dialogues and the CBFC is shocked to witness it in a Imtiaz Ali film. Not too pleased with the approach of the film, Censor Board has also deleted a few dialogues from the movie which indirectly refer to sex in not such a good taste.

Directed by Imtiaz Ali, ‘Tamasha’ is all set to hit the screens on November 27th, 2015.