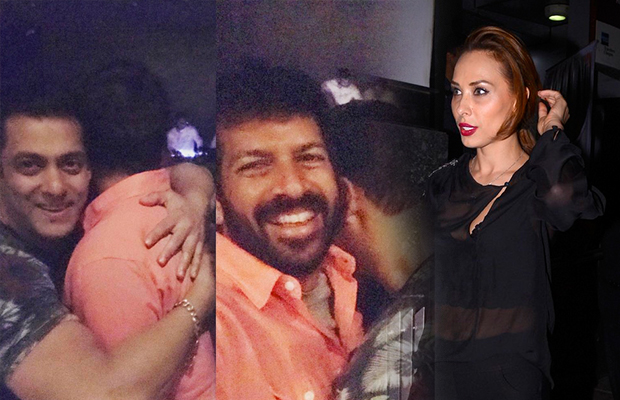 After the release of Sultan, last year on Eid, Bollywood actor Salman Khan was quite busy with the shooting of his upcoming film Tubelight and reality show Bigg Boss. The Bajrangi Bhaijaan star had a busy schedule for the last few months but now it’s all party time for him. Bigg Boss 10 came to an end on January 29 and with this, the shooting for Kabir Khan directorial has also come to an end. Yes, it a wrap up for Salman Khan’s next, Tubelight!

To mark the completion of the film, the cast and crew had a party together yesterday in Mumbai. Actor Salman Khan was also spotted arriving at the party with his alleged girlfriend Iulia Vantur. Salman seemed to be in the least mood to pose for the shutterbugs as he arrived with a straight face while Iulia too walked away without giving a look to the camera lenses. The party was also graced by the film’s director Kabir Khan with wife Mini Mathur, actor Mahesh Manjrekar with wife Medha, Vatsal Seth and Salman’s brother Sohail Khan.

After the shooting of the film in places like Leh, Manali, and Mumbai, Kabir expressed his happiness on the completion of the film. He wrote, “It’s a WRAP!! My team that makes my films happen… Karishma,Baloo,Prarthana, Prachi,Moin,Archit,Manish, Zoya, Krish,Rahul,Ram,Ali #tubelight #eid2017” 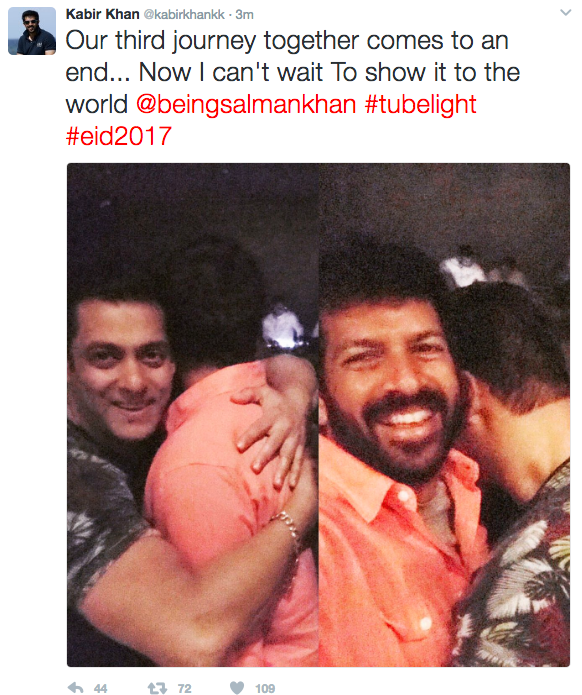 Talking about the film, directed and written by Kabir Khan, Tubelight is based on 1962 Sino-Indian War, this historical war drama also features Chinese actress Zhu Zhu, Shatrughan Sinha, and the late Om Puri among others. The movie will see the two stars Shah Rukh and Salman sharing the same screen space after a gap of 10 years. The film is slated to release this year on Eid.