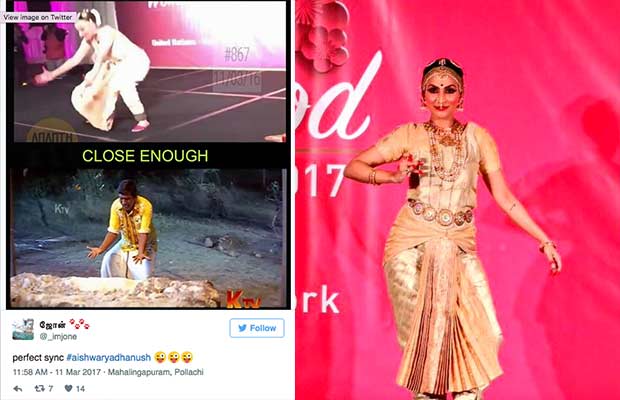 South Filmmaker and the elder daughter of superstar Rajinikanth, Aishwaryaa Dhanush has received lots of criticism over her recent Bharatnatyam dance performance at the UN headquarters on International Women’s Day.  It all started after a versatile dancer Anita Ratnam took to Facebook and called Aishwaryaa’s dance performance “pathetic”.

“The pathetic state of Bharatanatyam at the UN,” she captioned the video of Aishwaryaa’s dance performance on social media platform.  That’s not all” she also took to Facebook to make it clear that she has not choreographed Aishwaryaa Dhanush ‘s dance performance for the concert.

The pathetic state of Bharatanatyam at the UN. https://t.co/240ptkrejd

“…the AISHWARYA DHANUSH UN DANCE FIASCO as CHOREOGRAPHED OR ATTRIBUTED TO ME!!!!!!! This news has come from a colleague in the US. I am neither a friend or an acquaintance of the person and have NOTHING TO DO WITH HER APPEARANCE AT THE UN on WOMEN’S DAY on March 8th,” dancer Anita Ratnam wrote on her Facebook page.

She also thanked everyone for supporting and giving a response to her views on Aishwaryaa’s performance. She wrote, Thank you all for the amazing response and the sentiments expressed over the last two days. We have to find solutions and ways to combat such pathetic representations of India’s culture overseas..”

Twitter has reacted on the same, take a look, 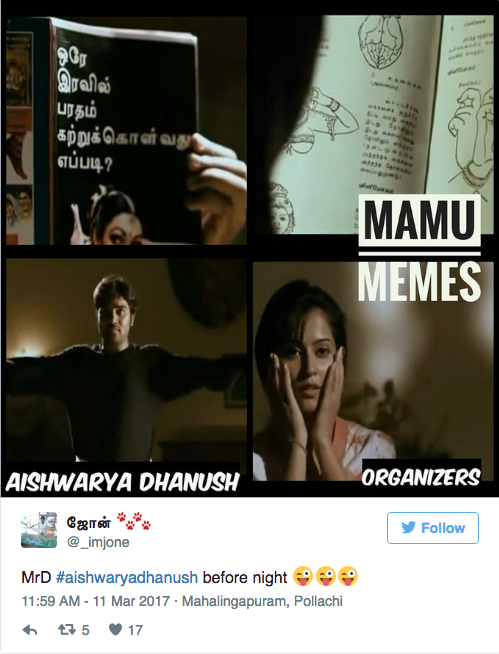 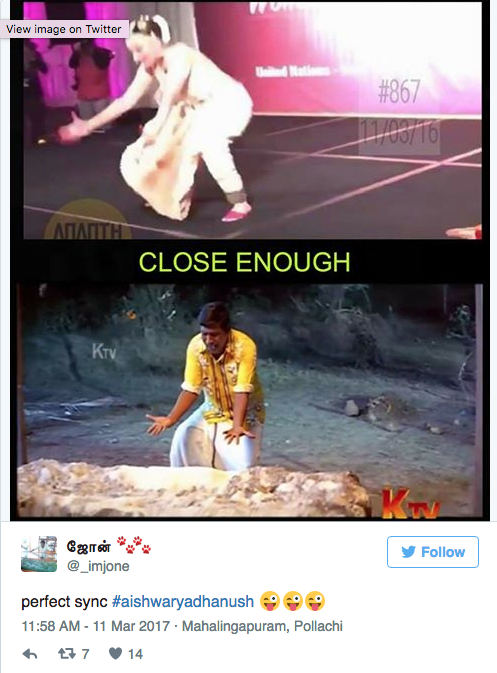 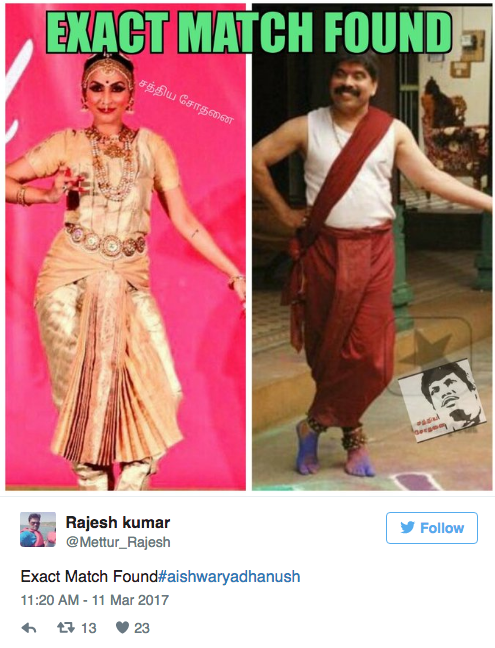 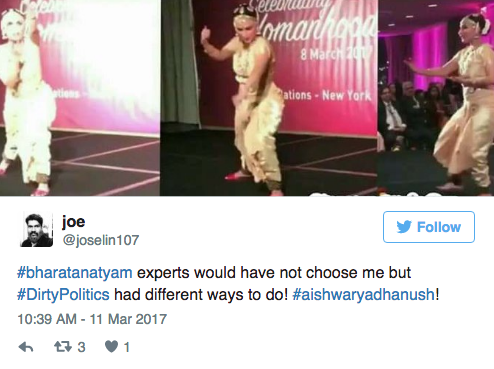 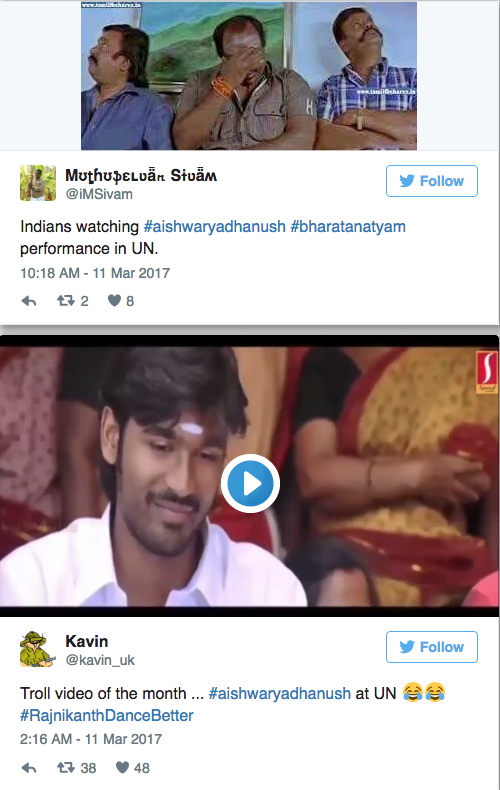