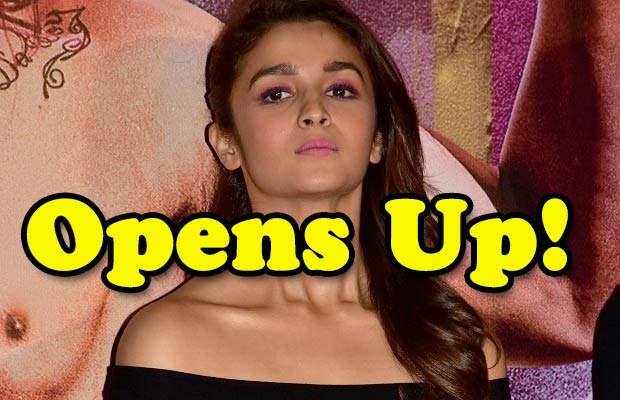 [tps_footer]Bollywood’s Pataka Kudi Alia Bhatt has been a sweetheart of the B-Town and her fan following is growing at a rapid speed, why won’t it after all this little princess has everything that a Bollywood actress should possess, good acting skills, beautiful looks, crazy dance moves and more.

It’s just lovely to watch Alia Bhatt! After the success of Kapoor And Sons, Alia has Udta Punjab in her kitty which is struggling to get a certificate from the Censor Board but due to explicit scenes and dialogues Censor has suggested 89 cuts which have disturbed the entire star cast and makers of Udta Punjab. But, keeping this aside, during a recent interview Alia Bhatt opened up about her failed relationship and how she focused on her career and became stronger than ever. Already sounds inspiring, isn’t it?

It’s so easy for anyone to fall for wrong addictions and just do all sorts of wrong things by giving the reason of going through a breakup or a rough patch in a relationship, but during this difficult and complicated phase, it’s even tougher to stay strong mentally and be positive about life and relations. Alia Bhatt has mastered this art at a very young age and she spoke about her break up in a very dignified way, she said, her father Mahesh Bhatt has gone through bad relationships, and Alia has faced a break up too.

Alia played smart and she didn’t reveal the name of her ex-flame but she said that she had to end her relationship in order to focus more on her career and go ahead in her life. She didn’t blame the man for a failed relationship or accused him of any allegations but she just said that failed relationships help us to grow and understand things and people much better than earlier. Not just this much, Alia Bhatt once again rubbished the rumours of dating her Student Of The Year and Kapoor And Sons co-star Sidharth Malhotra.

Alia was clear about the fact that she has been working in movies with Sidharth Malhotra and it’s natural for media to link them and present as a new B-Town couple although they are just friends and they are an important part of each other’s life. Well, Alia, we are happy to see your maturity and guts to speak your mind but dear Pataka Kudi there is no smoke without fire. We know that Alia Bhatt loves to keep her personal life, private, but being and A-list actress of Bollywood, you can never hide anything from media and shutterbugs.[/tps_footer]