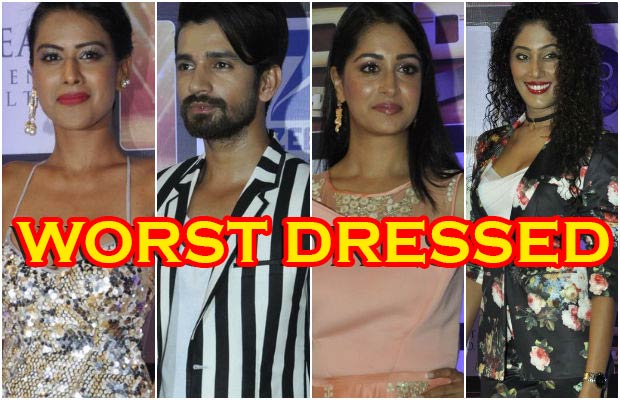 Television stars gathered to celebrate Gold Awards 2016, which is celebrating its nine glorious years. The awards event honoured best performances from the television industry. The celebrities arrived in the most attractive outfits that added more sparkle and charm to the star-studded awards night.

But some of the television stars really disappointed us by their weird and over gaudy outfits. Let’s take a look on some of the weird dresses and unmatched makeup that stars dared to wore at Gold Awards 2016.