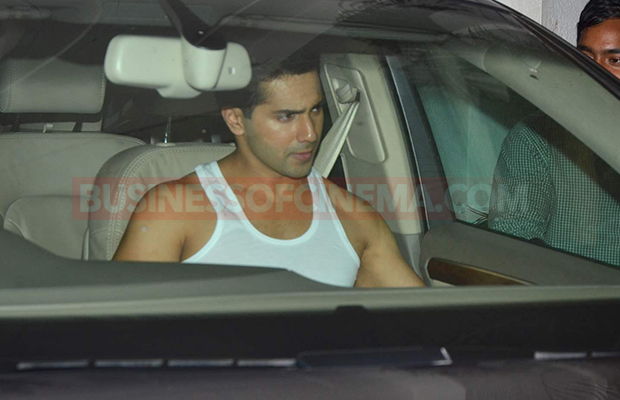 [tps_footer]Varun Dhawan who is currently in Abu Dhabi shooting for the second schedule of Sajid Nadiadwala’s Dishoom along with John Abraham and Jacqueline Fernandez met with an accident during the filming of a scene.

Being an action – adventure film, Varun Dhawan had to do some stunts which he was super excited about.

During one such stunt where he runs and has to jump over a car, after many takes he injured himself and nearly passed out.

The shooting was stopped and a doctor was immediately called on set. Varun’s blood pressure had dropped. Everyone around was very worried about Varun but after 2 hours he stood up and wanted to shoot again.

The entire team wanted him to rest it out but he went ahead and gave the best shot of the stunt.