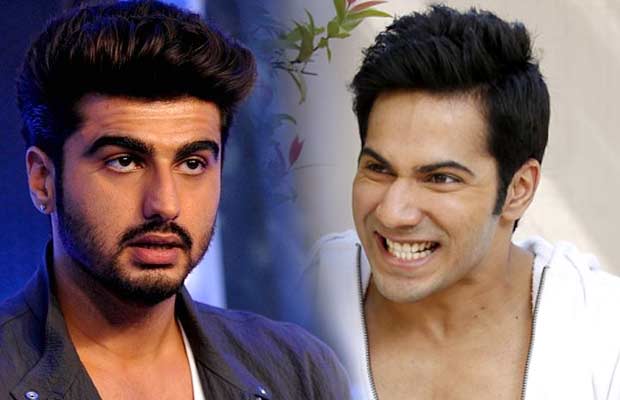 [tps_footer]Bollywood actor Arjun Kapoor recently took a dig at Varun Dhawan saying that he can be a good “househusband”, based on Arjun’s character in the film “Ki and Ka”. Arjun Kapoor who will be seen as house-husband in Ki and Ka, was asked if any other Bollywood star can fit in his role.

To which he replied, “I think no one in our generation fits this role. The only person who comes slightly close to this is Varun Dhawan. You give him chicken and he is a happy man. So yes he can be a house husband.”

In reply to it, recently at a launch event, Varun was asked about it and he responded saying, “I don’t have any plans of getting married right now and I don’t know why Arjun is spreading such rumours.”

Well, Varun Dhawan and his childhood friend Natasha Dalal are allegedly dating each other from a quiet sometime. Varun has not opened up about his secret affair with Natasha, but the two have been spotted together at many places.

Earlier, Varun Dhawan’s father and director David Dhawan had denied the rumours of his son marrying as he thinks he is married to his profession currently.

On the work front, the actor who is being labeled as the next big thing of the tinsel town, will share screen space with the two other talented actors John Abraham and Jacqueline Fernandez in their upcoming film Dishoom. The film is directed by Rohit Dhawan and has been majorly shot in Dubai.