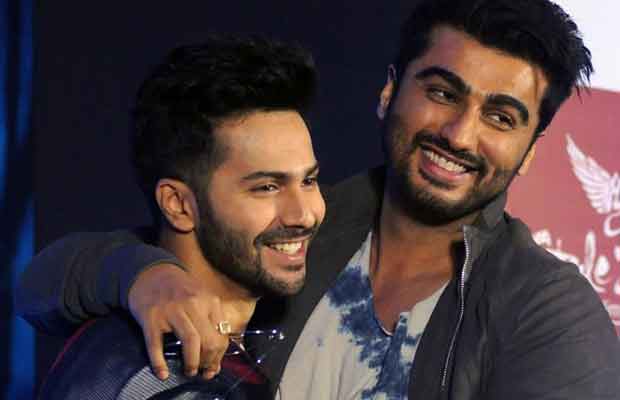 Varun Dhawan has got a piece of advice for his actor – friend Arjun Kapoor!

The Bollywood actors Varun Dhawan and Arjun Kapoor are very good buddies in real life. And now it seems that the former has got a piece of advice for the latter.

The ‘Main Tera Hero’ actor was at Neha Dhupia’s talk show, where they talked about a lot of things. Varun spilled beans even about his personal life.

In the conversation, when Neha asked Varun to give a piece of advice to his close friend Arjun Kapoor, he said, ”Stop behaving like you’ve been in this industry for 100 years! haan kaise ho, haan Neha, aao aao…he talks like Lala from that scene of Mother India na, Aao Birju aao.”

Neha also asked the actor some fun questions. One of those was about the thing that he loves more than his mom and dad. To this Varun had replied by saying, “That thing is chicken!”

Varun Dhawan is next going to be seen in the film ‘Judwaa 2’. The film also stars Jacqueline Fernandez and Taapsee Pannu in the role of female leads. It is slated to release on September 29, this year.

On the other hand, Arjun Kapoor is going to be seen in the film ‘Mubarakan’ which also stars Anil Kapoor, Athiya Shetty and Ileana Dcruz. The film is releasing tomorrow, that is on 28 July, 2017