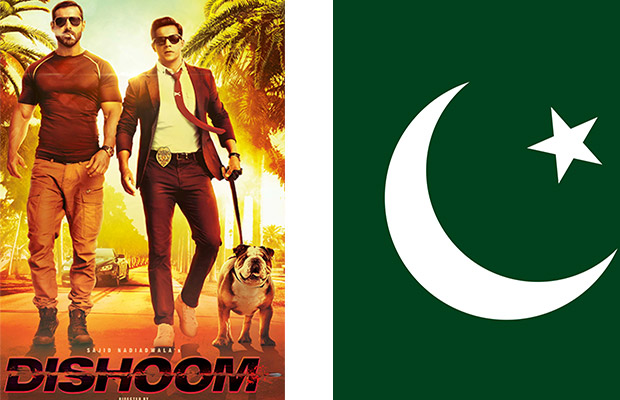 [tps_footer]Dishoom starring Varun Dhawan, John Abraham and Jacqueline Fernandez in the lead roles has released this Friday on July 29. Rohit Dhawan’s directorial film Dishoom revolves around the India’s top batsman who goes missing in the Middle East, two cops from either side of the Arabian Sea team up for a 36-hour manhunt. The film also sees a comeback of Akshaye Khanna after a gap of almost 4 years.

While the film is receiving rave response from all over, the film has been banned in Pakistan. The story of the film revolves around how a prominent Indian cricketer, a character inspired by Virat Kohli, gets kidnapped 36 hours before the final match between India and Pakistan. It seems the storyline of the film has not gone well for Pakistani board and have taken it as against.

Expressing his disappointment, Varun Dhawan took to his twitter handle saying, “Really upset that #Dishoom is banned in pakistan. I don’t think the film eventually shows any country in a bad light. It’s a wrong decision.” 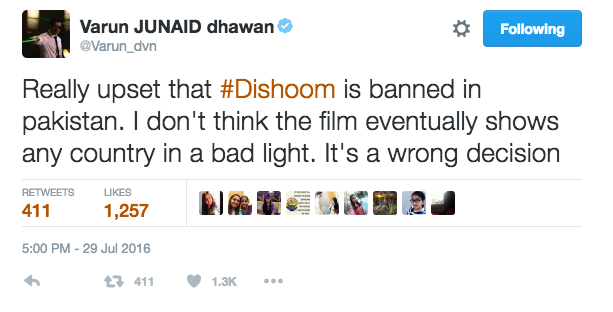 Earlier during the promotions of the film, Varun Dhawan had clarified that there is no negative reference to Pakistan in the film and that they have tried to represent in the positive way. He said, “I would like to clear this: There is no negative reference against Pakistan or any community. It is a very positive representation. In fact, what we are trying to show is that for certain people, money is everything. It’s not being an Indian, Pakistani, Hindu, Muslim or Christian. In the capitalistic world that we live in, money is the biggest driving force for most crimes.”

Well, this would be a huge loss in terms of the collection at the Box office. The thing what the makers of the film were feared about might have disappointed them badly.[/tps_footer]