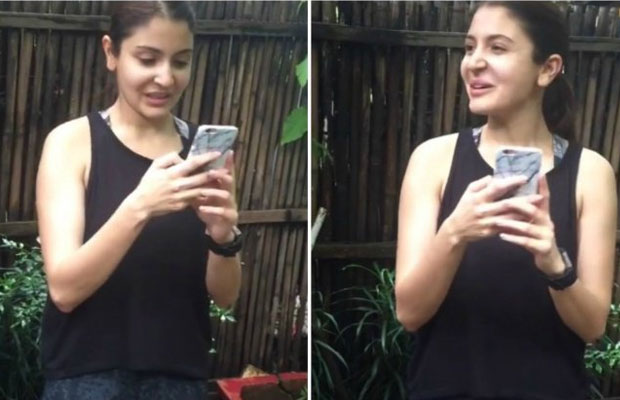 [tps_footer]The ‘Pokémon Go’ game has taken over the whole world.  A few weeks into its launch, Pokemon GO has already become a bug and is going viral among the youth.  While the game grips more and more people to catch the Pokemon, Bollywood actress Anushka Sharma is the latest from the film industry who is addicted to the game. The actress is very much addicted and engrossed into the game.

Anushka Sharma shared a video of her and it looks like she is all set to catch ’em all! She shared the video of her with a caption, “Hooked But guys PLEASE be careful while playing !! #PokemonGo.”

Just look at those expressions and happiness on her face. Doesn’t she look so cute and like a kid in the video?

Hooked But guys PLEASE be careful while playing !! #PokemonGo

Here’s another video of her struggling to catch that rare Pokemon everywhere before it goes away. The actress, who is riding high on the success of ‘Sultan’ is totally enjoying Pokemon Go game

Anushka is not the only one who is hooked on to this game. Recently, Shah Rukh Khan too made headlines after he tweeted about Pokemon. 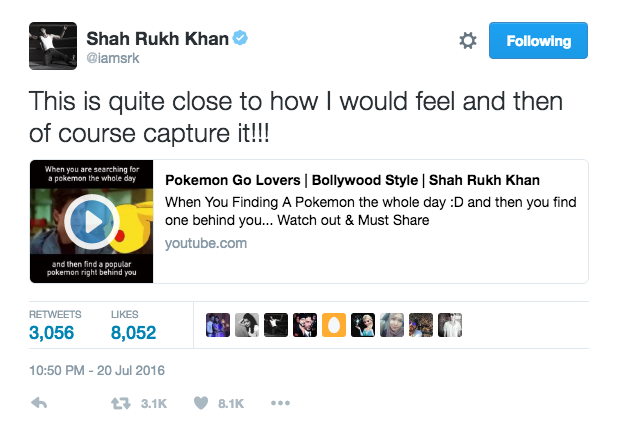 Take a glance to your left and right, you will see only people playing Pokemon Go on the streets and everywhere.[/tps_footer]