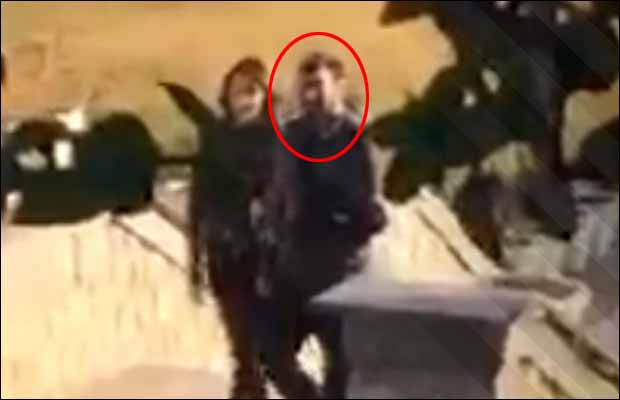 Ajay Devgn’s ambitious project ‘Shivaay’ finally goes on floors. The actor who has been applauded for his intense acting skills will also be the man behind the lenses. Film ‘Shivaay’ will see Ajay donning the director’s hat for the second time after ‘U Me Aur Hum’.

The much awaited directorial has finally seen the sunlight. The movie has been in limelight since its announcement, the reports for the same died down after Ajay released its first poster. There were speculations that the movie might get shelved. But the entire news stands untrue as the first schedule of the film has already begun.

Also Read:Here’s Why Ajay Devgn Wont Celebrate Diwali With His Family This Year!

Not able to control his excitement for the same, Ajay who is otherwise very reserved and likes to work in secrecy took to the micro blogging site Twitter and shared the first shot of the schedule with his fans. The actor tweeted, “LIVE on #Periscope: Ajay Devgn Live from Shivaay shoot first day 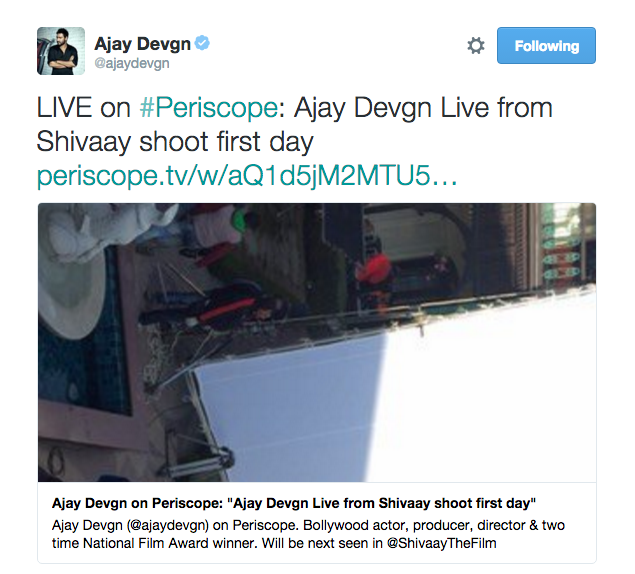 The shoot location sees the crew members busy as ever with loads of chaos. The huge number of people on the set surely makes us believe that the film is going to be large and grand. The first schedule of the film is being shot in Mussoorie. The shoot began at 8.15 in the morning. Ajay and debutante Sayesha are seen giving their first shot for the film.

Sayesha will be stepping into the tinsel town with ‘Shivaay’. The film is based on Lord Shiva, his grandeur and power. Apart from Mussoorie, the film will be shot in Hyderabad and Bulgaria. After giving a big laughter dose to the audience with his comedy films, Ajay is back with his intense character.
The film ‘Shivaay’ is scheduled to release next year and might also clash with Karan Johar’s ‘Ae Dil Hai Mushkil’.