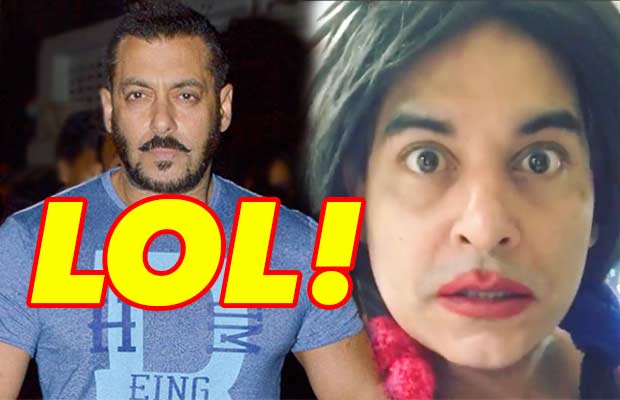 [tps_footer]As we all know how Salman Khan once again is in controversy and this time for the statement that he made, which was unintentional. During a group interview for his upcoming film Sultan, Salman Khan said that after hectic training session he felt like a raped woman. Soon his statement triggered controversy on social media and even some women activists demanded an apology from the actor. The National Commission for Women has given him seven days to Salman to issue a public apology. Not only that, father Salim Khan also took to twitter to apologise on behalf of his family, fans, and friends.

Well, amid all these, there is only one person, who has perfect reaction over the ongoing controversy of Salman Khan and it’s from none other than Gaurav Gera. Gaurav Gera’s Shopkeeper and Chutki Dubsmashes have become too famous and he is back again to tickle your funny bones. Gaurav Gera took a dig at the whole controversy in ‘Chutki’ style and its damn funny.

Well, coming back to the whole controversy, while Salman Khan is being criticized for his insensitive sentiments, many claimed that the actor has been quoted out of context, which is unfair. Reportedly, during the interview, Salman realized that he made and insensitive remark and took his back words. In fact, all the journalists made sure that this wouldn’t be quoted. However, a journalist failed to stay with the words and that’s how it turned into a controversy, though Salman acknowledged that he made mistake unintentionally.[/tps_footer]