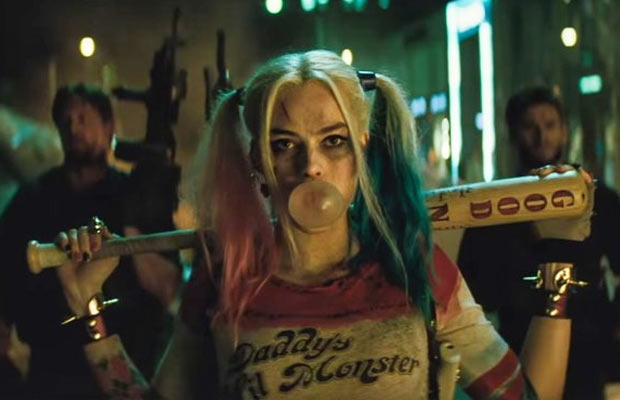 [tps_footer]MTV Movie Awards 2016 not only brought an insane amount of celebrities together but it was also the night where many new trailers made their way. Warner Bros released the second trailer for the much awaited DC film ‘Suicide Squad’ during the awards night and it just blew up our minds.

The trailer throws you into the DC’s Cinematic universe that just comprises of villains. The opening scene of the second trailer gives Superman reference. “What if Superman decided to fly down, rip off the roof of the White House, and grab the President right out of the Oval Office?” The opening line not only gives reference to the recently released ‘Batman V Superman: Dawn of Justice’, it also gives reference to Richard Donner‘s ‘Superman II’. The makers don’t want to repeat the previous parts but want to create Suicide Squad to stop the villains.

We get a few more glimpses of Jared Leto‘s Joker and Margot Robbie’s Harley Quinn. Both of them stand out in this trailer. On one hand, Joker’s more crazy side comes out with that scary laugh and on the other hand Harley Quinn’s crazy character outshines. Jared has so much pressure to pull off this Joker character after Heath Ledger. From the looks of it, he is doing justice to the character.

Also, caught in action is Batman. We get to see more of Batman in this trailer. It is still unclear if Ben Affleck is playing the caped crusader in this film as well. We see Batman carrying Harley Quinn away from some wreckage and dives into a river. Oh Well! In another scene, Batman is seen riding on top of the Joker’s sports car.

In all the trailer of ‘Suicide Squad’ raises the expectations of the fans. The film stars Will Smith as Deadshot, Margot Robbie as Harley Quinn, Jai Courtney as Captain Boomerang, Jay Hernandez as El Diablo, Adewale Akinnuoye-Agbaje as Killer Croc, and Cara Delevingne as The Enchantress. The ensemble cast is rounded out by Jared Leto as The Joker, Joel Kinnaman as Rick Flagg, the military officer overseeing the team, Viola Davis as Amanda Waller, with Ike Barinholtz, and Scott Eastwood. The film is written and directed by David Ayer and hits theaters August 5.

The questions that arise after seeing the trailer are-