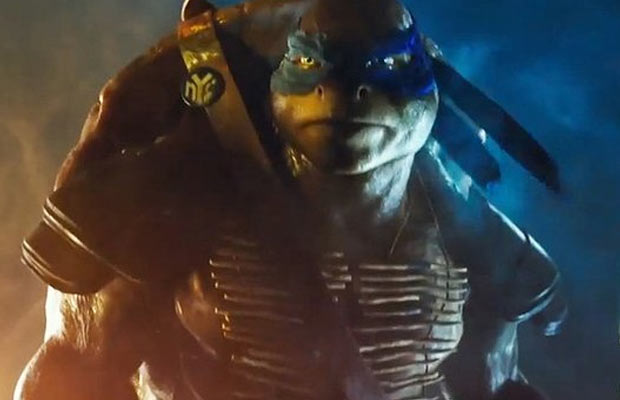 [tps_footer]Goodness Gracious another trailer is here. It is one of those days when Hollywood has decided to bombard us with back-to-back trailers. After seeing so many trailers, you’d think you had enough of it. But, this doesn’t stop. On April 11, Paramount Pictures has released the second full-length trailer for ‘Teenage Mutant Ninja Turtles: Out of the Shadows’.

If you have watched the cartoons, read the comics and have seen the first movie, you’d know that the Turtles have an exciting life. Well, dangerous but they find it exciting. The new trailer dropped this evening and it shows all sorts of madness. The trailer shows the scenes from the previous trailer but more scenes of ‘Arrow’ actor Stephen Amell who plays Casey Jones. Super excited to see him in this film. We get to see him in more action because nothing is more exciting than watching Stephen doing action scenes with a smile on his face. Megan Fox as April is impressive.

We also witness the transformation of Bebop and Rocksteady from humans into mutant animals. We get a brief glimpse of Krang and a split-second’s worth of wisdom from Splinter. The ninjas are ready to fight the supervillain Super Shredder.

In all, the movie looks pretty exciting and we will get to know how all the madness fits together. The film stars Megan Fox as April O’Neil, Will Arnett as Vern Fenwick, Stephen Amell as Casey Jones ,Tyler Perry as Baxter Stockman, Gary Anthony Williams as Bebop, WWE Superstar Stephen “Sheamus” Farrelly as Rocksteady, Brian Tee as Super Shredder. Directed by David Green, the film is set to hit the theatres on June 3, 2016.