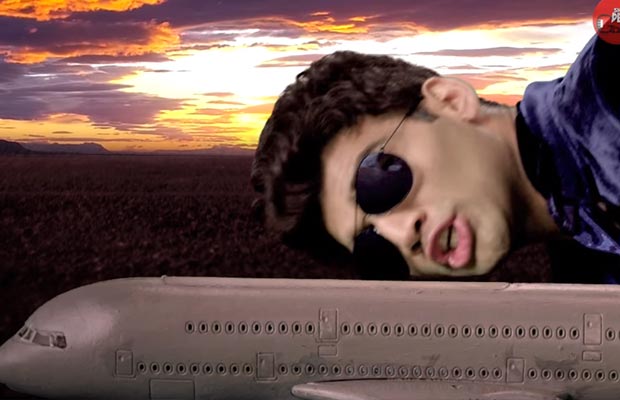 [tps_footer]If there is one superstar who can give fitting replies to his own parodies and mimics’ it’s Shah Rukh Khan. The superstar who is ruling the box office with his just released film ‘Dilwale’ has yet again proved that no one can ignore him. King Khan Shah Rukh Khan has received loads of trolls for his film ‘Dilwale’ due to his age old techniques and clichéd signature poses. However, the recent parody of Gerua is undoubtedly a laugh riot.

The song Gerua featuring Kajol and Shah Rukh Khan is the highlight of the film ‘Dilwale’. Rohit Shetty and his team went miles ahead and shot the song in Iceland. The romantic track has gained headlines for its picturesque and risky locations and moreover for the chemistry between SRK and Kajol. Well, there is also another side to the hit track Gerua which is highlighted in this funny parody.

Shudh Desi Gaane team which is known for making laughter filled parodies has now come out with a parody of Gerua. The parody explains the typical Bollywood formula and also hints at the clichés attached to Rohit Shetty’s film making techniques.

The parody initiates with a mimic of Shah Rukh Khan and Kajol and tag lines the song ‘some love stories should just end’. It further goes ahead and states about the Rohit Shetty effects in the song Gerua, the white birds, the staple sari shots and much more.

Well, just when you think Shah Rukh Khan is going to get offended with this stint, the King Khan shows a glimpse of himself in the parody and states his original concepts of ‘My Name Is Khan’ and ‘Ra.One’ and also proves that he is the number one star no matter what when he says, ‘bollywood mein tera number nahi aaya.’

The Rohit Shetty directorial film ‘Dilwale’ stars actors Shah Rukh Khan, Kajol, Varun Dhawan and Kriti Sanon in lead roles. The film has been adored by the masses and is showing wonderful figures on the box office.