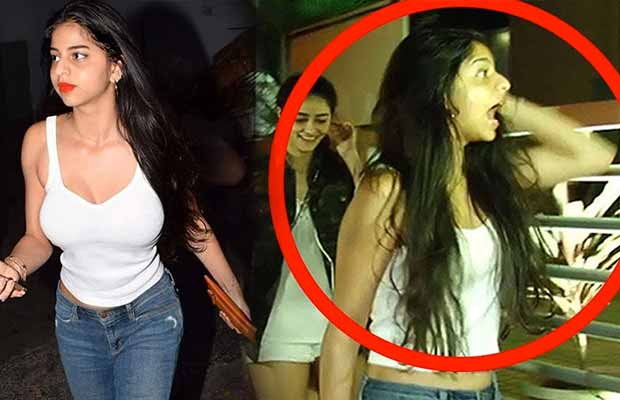 The Bollywood superstar Shah Rukh Khan’s daughter Suhana Khan is no less star that her father. Wherever she goes, she gets snapped by the shutterbugs. Recently, the pretty girl was spotted for a movie outing at PVR, Juhu, with her friends – Chunky Pandey’s daughter Ananya Pandey and Sanjay Kapoor’s daughter Shanaya Kapoor.

The star kid wants to become an actress and is very keen on working in the Bollywood film industry. Talking about her passion of acting, Shah Rukh had stated while promoting his film Jab Harry Met Sejal, ”Suhana is more theatre-oriented and has been doing plays in college. The best part is that she doesn’t want to learn (acting) from me. She wants to be an actor in her own right. She can be an actor if she has the passion and guts to work five times harder than me and get paid 10 times less than I do, if times don’t change for women actors. I want her to experience what my female co-stars have gone through. My daughter will be an actor like them and I want to feel the pain.”

Suhana Khan is currently completing her education. After that, it is most probable that she will be joining the film industry. And that is when we would finally get to see the young girl on screen.

Meanwhile, check out her video here…