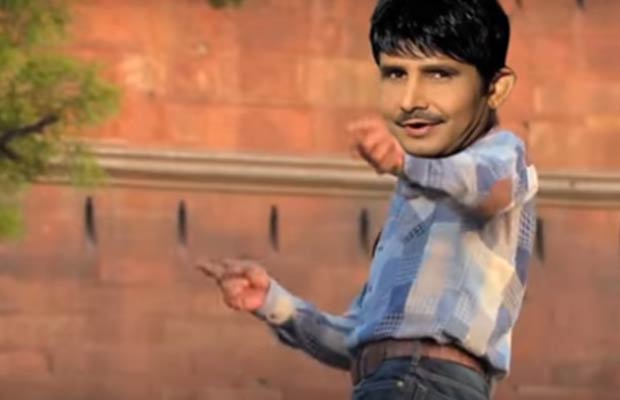 [tps_footer]Kamaal R Khan, who is a self-proclaimed no 1 critic, happens to be a the creator of controversy. He considers himself as the greatest artist of all time and engages in twitter wars frequently with the celebs. His posts and tweets have given us quite a few laughs. But, he is never okay when it comes to criticism or trolling. That, he doesn’t take lightly and lashes out on people. If you are keeping tabs on social media you’d know that his current target is ‘Kapoor And Sons’ actor Sidharth Malhotra. Well, this discussion is for other day.

It looks like KRK is back on the map and this time he is the target of a parody. We all that Bollywood superstar Shah Rukh Khan will be seen in YRF’s next film, ‘Fan’. The film has a song ‘Jabra Fan’ that went viral instantly. So, it is obvious someone will a make a parody of it because why not. Creators of ‘Shudh Desi Endings’ uploaded a parody of ‘Jabra Fan’ recently on their Shudh Desi Videos youtube channel titled ‘The Ban Anthem’ and it features KRK himself. Well, sort of. KRK‘s face has been used and the lyrics are so apt that you can’t hold back your laughter. The lyrics presents the KRK’s controversies, tweets and his entire personality in general. For some reason, we feel the song could have worked this way as well.

Well done guys. We all are waiting for KRK‘s response!