Hrithik Roshan’s Kaabil is all set to release with Shah Rukh Khan starrer “Raees” on January 25.

The Roshans held a special movie screening. Apart from the star cast of Kaabil, some close friends were also present. Hrithik‘s ex wife Sussanne Khan, their kids along with her brother Zayed Khan also made it.

After the screening Sussanne praised about the film to businessofcinema.com. She said, “Film is unbelievable and it was the best film ever. Bohot bohot bohot he achi picture hai, you’ll go mad if you’ll see it.”

Kaabil is the first big release of the year alongside Shah Rukh Khan starrer Raees. The film has already been a talk of the down due to its huge Box Office clash with Shah Rukh Khan’s Raees. After his last outing Mohenjo Daro, which turned out to be a flop at the ticket window, fans have lots of expectations from Hrithik Roshan with his much-talked film, Kaabil.

The film has been making huge buzz and has the making of potential money spinner at the box office with its emotional storyline. The film will witness double digit decent opening on its first day. Considering the clash with Shah Rukh Khan’s Raees, Kaabil might lag at the Box Office.

The film is produced by Hrithik’s father Rakesh Roshan under his banner FilmKraft Productions, will release on January 25. It also stars Yami Gautam. 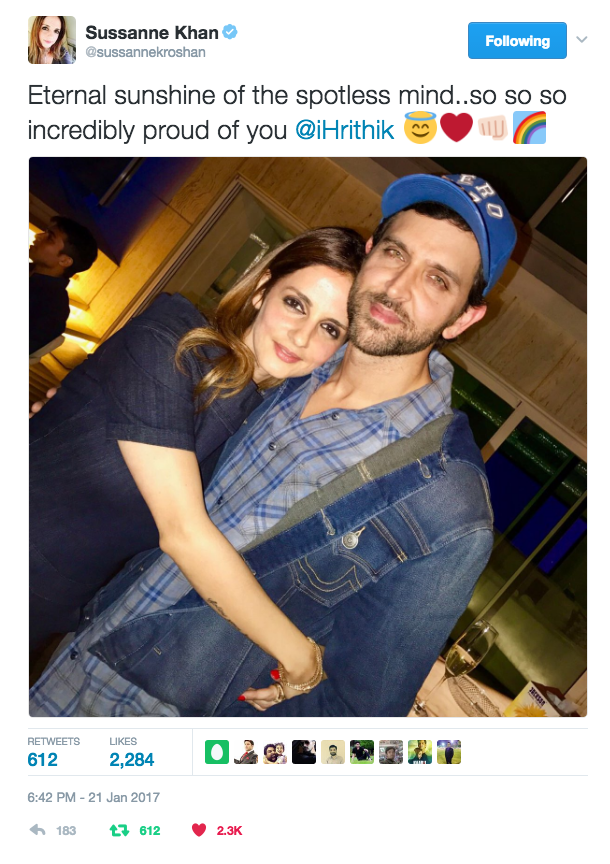 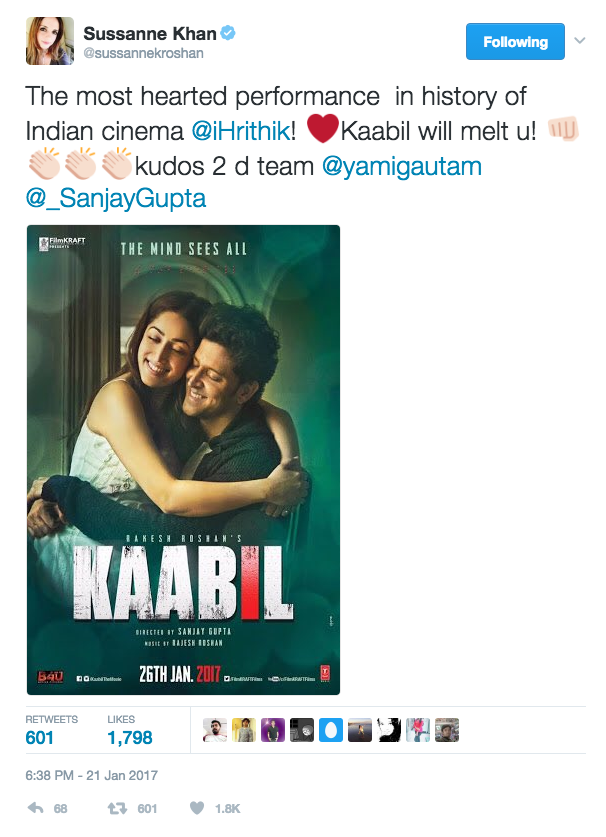