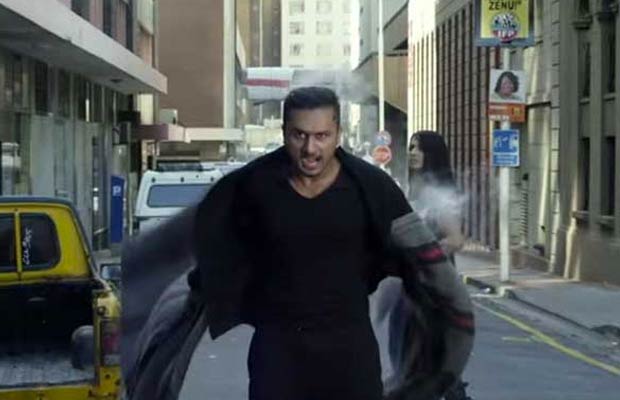 [tps_footer]After making the nation dance to his viral tunes, Honey Singh is all set to don the silver screen with his Punjabi film. Yo Yo Honey Singh has carved an unbelievable fan following for himself in the tinsel town. With almost all hit numbers; Honey Singh is one of the most famous names in the industry today. Expanding his horizon out of the party genre, the artist will be seen acting in his film ‘Zorawar’.

Giving a break to his head turning tunes and lyrics, Honey will be seen in ‘Zorawar’ in an action packed avatar. The teaser of his film has finally unveiled and sees Honey Singh in a different mode altogether. The teaser commences with an enigmatic beat introducing Yo Yo Honey Singh in a glamorous manner. Ditching his boy next door charmer image, the artist is seen in an action oriented avatar in the glimpse.

‘Zorawar’ which is a Punjabi film will see Honey Singh in a hard core macho man image. Apart from ‘Zorawar’, Singh has also donned the silver screen in the past in the film ‘The Expose’.

Well, surely Yo Yo Honey Singh knows how to break the clichés. Just when all the actors are turning into singers, this star is making a turn towards acting. The trailer for the film ‘Zorawar’ will be out on March 10th 2016.