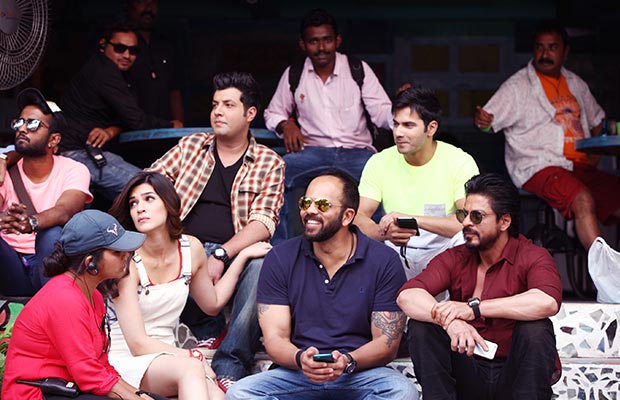 The stars of our industry work day and night just to give us their best performance in movies which are made for our entertainment. Some movies touch our heart others do not fare so well but regardless of everything, there is a lot of effort, hard work and time that an actor, his crew and directors give into the making of a movie.

When it comes to work and career the versatile actor Varun Dhawan is being labeled as the next big thing of the tinsel town. He has got everything that a director dreams in his lead star. The super talented actor will be soon seen in Rohit Shetty’s film Dilwale, which is being majorly shot in Bulgaria. The film stars Shah Rukh Khan, Kajol and Kriti Sanon apart from Varun.

The movie by Rohit Shetty is highly anticipated by the media as well as the audience after all it will mark the come-back of the most romantic jodi of SRK and Kajol. The cast and crew of the movie has been working day and night continuously to finish the shooting of the movie in time for its trailer release with Salman Khan starrer ‘Prem Ratan Dhan Payo’.

Varun recently became very sentimental as his shootings for ’Dilwale’ ended. He seems to have developed a soft spot for Hyderabad where he has been staying for more than 60 days. The actor is known to be very friendly and supportive around the sets no wonder he has become attached to the place, people and environment.

Varun got on to twitter and wrote “Had two bad dreams and one not so great one. Dreamland was not fun but today is my last day in hyderabad.”

He even added, “Been here for almost 60 days working on Dilwale. Feels strange leaving this place I called home for 2 months.”