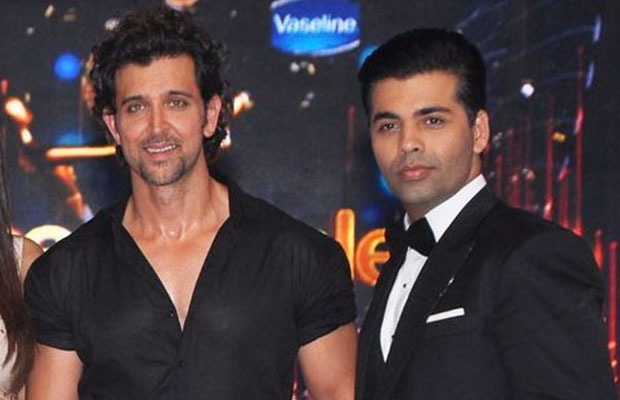 Koffee with Karan has covertly become a yardstick to measure one’s importance and star status in Bollywood. With each passing season of Koffee with Karan, one sees a list of celebs that are regulars on the couch and some others that were either popular or have made smashing debuts in that year. It becomes talk of the town, if a particular constant celeb is missing in one season and speculations begin.

This season of Koffee with Karan, has been braced by many A-listers like Shah Rukh Khan, Salman Khan, Aamir Khan, Anushka Sharma, Ranbir Kapoor, Kareena Kapoor Khan and Sonam Kapoor. Missing on the list is the handsome hunk, Hrithik Roshan.

Hrithik Roshan was a constant guest on KWK for the first three seasons. Infact, in the first season, he came twice!! Hrithik was missing on the show in season 4 and till now, there is no solid news of him appearing.

He was reportedly slotted to come alongside his Bang Bang co-star, Katrina Kaif. But that news was clearly false, as she appeared on the show with Anushka Sharma.

The Mohenjo Daro actor was quizzed if he is going to be a part of the on-going season or not. And if yes, with whom will he be seen. To this he replied, “Of course, we are planning but can’t say anything. Let’s see.”

Aren’t we all waiting for him to be on the show and spill some beans. 2016 has been a tough year for Hrithik in terms of personal as well as professional life. Getting an insight will be interesting, don’t you think?

Who do you think Hrithik should share the couch with?