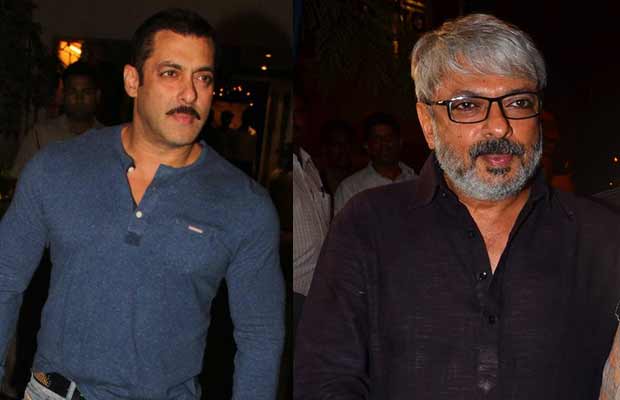 [tps_footer]Bollywood actor Salman Khan is not a person who can easily forget his past equations and fallout with his colleagues, but surprisingly, he recently met his estranged friend and director Sanjay Leela Bhansali.

Both Salman and Bhansali were in good terms and always admired each other’s work until Bhansali signed Hrithik Roshan instead of Salman for his film Guzaarish (2010). The most obvious reason was Salman Khan and Aishwarya Rai Bachchan’s sour relationship that led the filmmaker to look for an alternative choice. However, this had probably not gone well with Dabangg Khan. Salman Khan was also reportedly criticizing Bhansali for not considering him in the film. This had turned hostile between the actor and the director.

Last year in December, Bhansali revealed on his fall out with Salman Khan.

Expressing openly about Salman Khan, Sanjay Leela Bhansali said, “Right now, the friendship is OFF (laughing).” He continued, “Salman is very, very dear to me. I have never said a word against him, nor will I ever say it. He stood by me always. His contribution to Hum Dil De Chuke Sanam in terms of ideas….he has a brilliant mind in his own way. So out of the 10 ideas, 8 are brilliant and 2 are absolutely ridiculous. But some great stuff he has brought to me on the table and he has always been very good to me.”

“Even when there was an accident in Black, Salman flew all the way from Goa to be by my side. I  love Salman as an actor. Today it does not matter to him whether I am making films with him or no. He is cult. He stands in a film and it does 300 crores. He will always remain very special and I am dying to do a film with him.”

Well, let bygones be bygones, this recent gesture of the actor sounds surprising for Bhansali. Now that the two have put all their differences aside, can we expect a collaboration between the two once again? Apparently, the meeting had nothing to do with the work and that Sanjay Leela Bhansali just wanted to meet Salman, as he is very fond of him. Now only time will tell if this estranged turned friends would come together or no!

On the related note, Salman Khan and Aishwarya Rai Bachchan were the first choice for Sanjay Leela Bhansali in his praiseworthy film ‘Bajirao Mastani‘. On knowing about Salman, Aishwarya turned down the offer for the obvious reasons and that’s how Ranveer Singh and Deepika Padukone came on board.[/tps_footer]