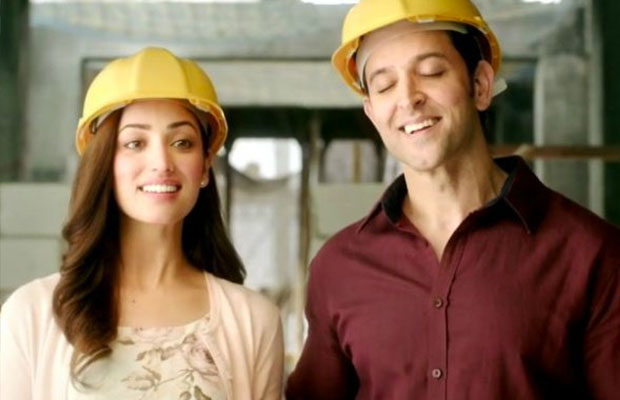 The much awaited Kaabil trailer hit us yesterday and Yami Gautam floored all with her hard hitting performance.
To begin with, Yami‘s flawless beauty and innocence adds much depth to the story line as seen in the trailer.
The actress’ appearance is at par with her superlative performance as exhibited in the glimpses of the film.
Yami will be seen playing a blind woman in the film, which also marks to be the actress’ first portrayal of the disability.
Projecting the nuances and mannerisms of playing a visually challenged person, Yami nails her act to perfection.
The gorgeous actress is seen exuding emotions, which instantly draw viewers to her onscreen.
Be it the romantic sequences, the happy times or the parts where the actress is seen showcasing a sense of immense trauma, Yami is seen striking a connection with her varied expressions.
The actress proves her versatility with each film and has won audiences heart through!
The film also marks to be Yami‘s first onscreen encounter with Superstar Hrithik Roshan, and the result of the duo pairing up for this romantic action thriller, is an absolute visual delight.
What draws viewers further is the effortless chemistry shared by Hrithik and Yami in the trailer.
For the actress having confessed to being nervous in the presence of Hrithik while on set, it is sheer dedication that her portrayal of Hrithik‘s love interest is a display of her acting skills.
Not only is the actress compliments Hrithik with her acting, she is also seen matching steps with the dancing sensation of Bollywood.
The film required Yami to don dancing shoes and perform Tango with Hrithik and the actress is seen completely owning it.
The talented actress will be seen next in Sarkar 3.