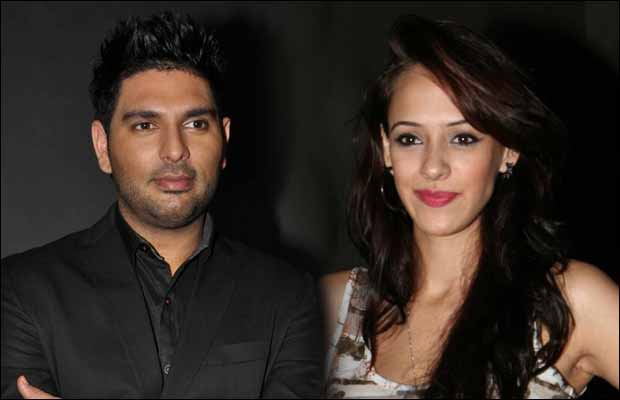 The masses are already going gaga over Yuvraj Singh’s marriage reports with model and actress Hazel Keech. After numerous reports confirmed that Yuvraj is all ready to tie the knot with Hazel, the handsome cricketer has finally cleared the rumors about the same.

It was sure shot that Yuvraj Singh is next in the line to walk the aisle after Harbhajan Singh. Reports suggested that both Yuvraj and Hazel are dating each other since a long time and the two have kept their relationship status under wraps to avoid unwanted attention.

Also Read: It was sure shot that Yuvraj Singh is next in the line to walk the aisle after Harbhajan Singh

Well, after loads of rumors and speculations about the wedding dates and the destination, Yuvraj has denied all the rumors of him getting married. Moreover, it was much in the air that Yuvraj and Hazel will have a roka ceremony this month itself followed by a grand wedding next year. The dashing sportsman took to the micro blogging site Twitter and confessed, “So now my dear media has decided the venue and month of my marriage can u also tell me the dates so I can get ready well in time!”

Taking a hilarious and a witty take on his marriage rumors, Yuvraj surely hinted that he is not getting hitched anytime soon. The humble cricketer seemed to be all surprised and amused with the news and therefore decided to clear the air.

Yuvraj nevertheless, has always been in limelight for his relationship status. The good looking cricketer has been linked with several B-Town beauties namely, Deepika Padukone, Kim Sharma and Preity Zinta. Yuvraj dating Hazel surely was a surprise to many and speculations claim that the two were spotted together at Harbhajan and Geeta Basra’s wedding too.

Now whether the most eligible bachelor Yuvraj Singh gets mingled or no only time will tell!