Zaira Wasim, the young Geeta Phogat in Dangal, recently met the Jammu and Kashmir Chief Minister Mehbooba Mufti. When the CM enquired about Zaira‘s education and interests in fields like acting, she gave many unexpected replies.

She told about the tough schedules she had to follow while playing her role. Zaira belongs to Jammu and Kashmir since birth. Her parents and the J&K Sports council secretary Waheed-ur-Rehman Parra was also present there on the occasion.

However, quite shockingly and unexpectedly, the young girl took to Instagram and Twitter and posted an Open Letter seeking apologies from people, whom she believes she has hurt unintentionally.

Zaira Wasim doesn’t want anyone to follow her footsteps. She said this after people projected her as their role model for the youth.

Have a look here about what she wrote: 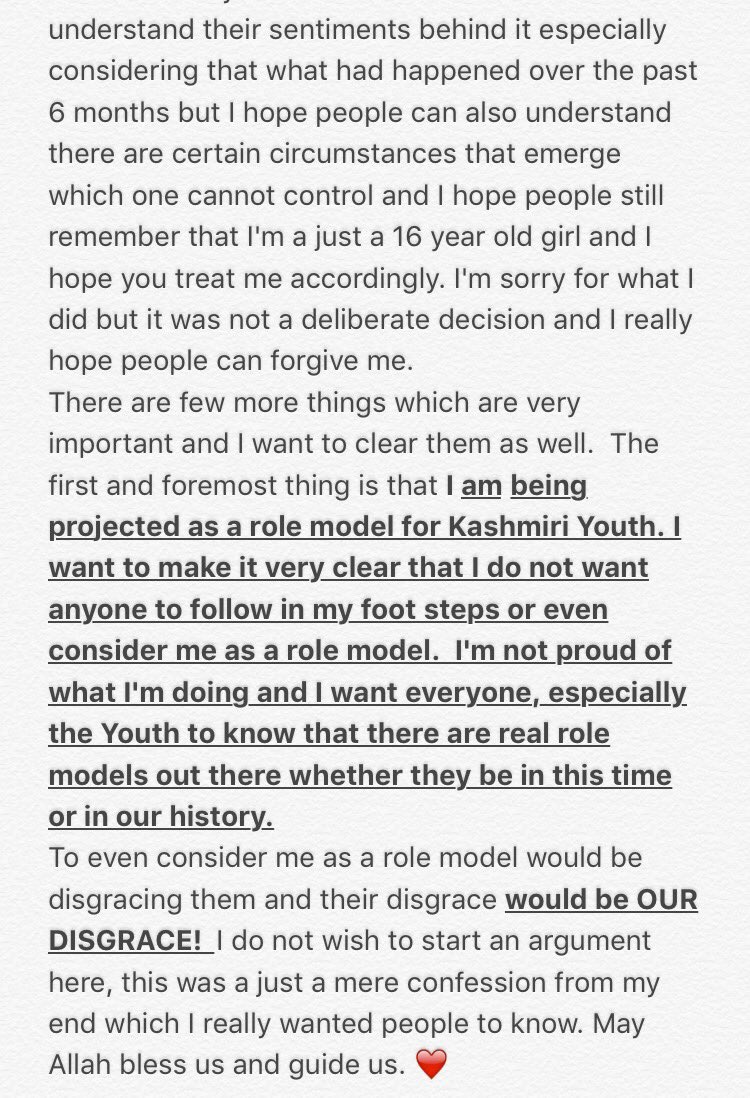 Zaira played the role of Geeta Phogat in Dangal starring Aamir Khan in the lead.