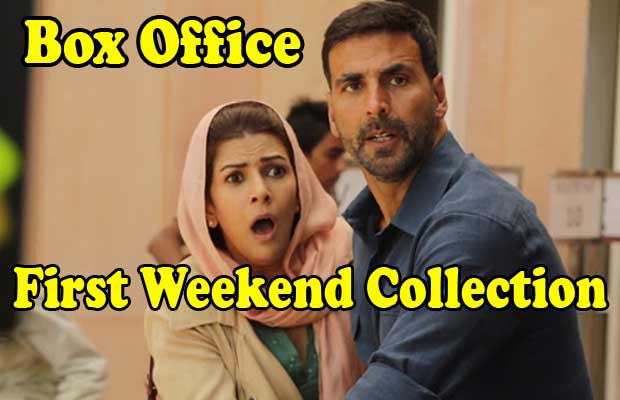 [tps_footer]Akshay Kumar and Nimrat Kaur starrer film ‘Airlift’ was much anticipated by the masses. The film which is inspired from a true story was much awaited due to its promising first look and trailer.  Akshay who has entered into the genre of patriotic movies lately, has received all the applauds for his film ‘Airlift’. Likewise, actress Nimrat Kaur has also garnered loads of compliments for her sharp screen presence.

Directed by Raja Menon, ‘Airlift’ is the second release of the year 2016. The film ‘Airlift’ released with the adult comedy film ‘Kyaa Kool Hain Hum 3′. The two films are completely different in their genres. Akshay Kumar’s film ‘Airlift’ has been labeled as a promising film already, the movie is gaining all the compliments for its execution and performances.

‘Airlift’ being a film for family audience for all age groups undoubtedly made a positive mark at box office. The first weekend collections of the film are good. ‘Airlift’ witnessed a gradual start on the opening day but picked up vastly on Saturday and Sunday.

The film ‘Airlift’ which is set in the backdrop of the Gulf War of the 1990’s recorded most number of viewers in the metropolitan cities of Mumbai and Delhi. The film also saw huge crowds at UP, East Punjab and Mysore.

With a strong plot and promising star cast, ‘Airlift’ is expected to cross huge numbers at the box office. The film has also got a good word of mouth publicity which can be an added advantage.[/tps_footer]