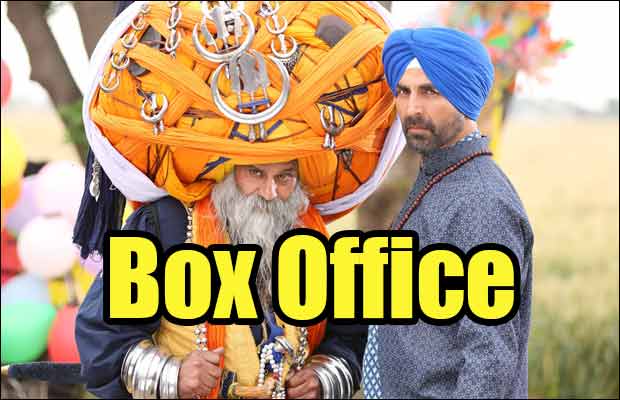 Akshay Kumar’s much awaited romantic comedy flick Singh Is Bliing is off to a good start. Being one of this year’s highly anticipated films, it’s prequel ‘Singh Is Kinng’ increased people’s expectation to watch this one. The film that gained an impressive advance ticket selling rate of 60-70% in Delhi region has collected Rs. 18 crores net approx (180 million) on its first day itself. The number is quite impressive and the film has done exceptionally well in Northern region.

On it’s second day, Singh Is Bliing’s collections set to be around Rs 12.75 crore net (127 million). The drop is 30% from the first day which is normal but the film needed to hold a bit better as the first day holiday did not push through in many circuits. the total is two days is Rs 30.75 crore (307 million) net apprx

Given that the film released on a public holiday, the numbers are not that shocking as this much collection was expected. The performance on Sunday will decide where the film stands in a longer run. Compared to Salman Khan’s ‘Bajrangi Bhaijaan’ the film is lagging behind due to less number of screenings. ‘Singh Is Bliing’ has however become Akshay Kumar’s highest opening film for this year.

‘Singh Is Bliing’ sees Akshay Kumar playing the role of Raftaar Singh in the film. With the backdrop of Punjab, the movie is a concoction of comedy, emotions and action. Actress Amy Jackson plays the leading lady in the film who looks confident in her hard hitting image. Actress Lara Dutta is making a comeback with Akshay Kumar in the film, and audiences are welcoming her back on the big screen. The film also stars rapper Yo Yo Honey Singh and Raajpal Yadav in pivotal roles.

Directed by Prabhudeva, the film is produced by Ashvini Yardi. After such a great start, we’re waiting to see the film’s first weekend collection at the box office. Naturally there will be an expected drop as yesterday was a public holiday, still the film is expected to maintain its pull as it is not facing much competition.