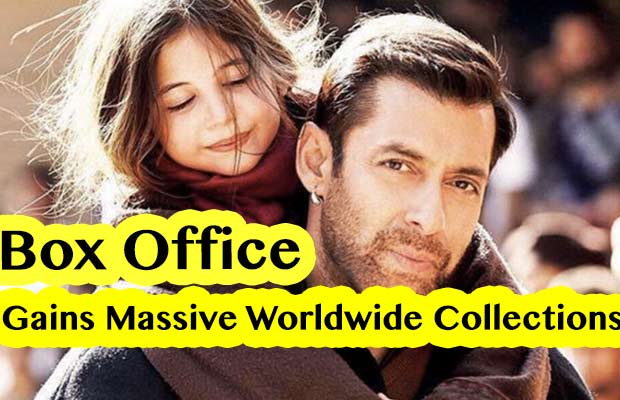 Salman Khan starrer film ‘Bajrangi Bhaijaan’ has by now attached many labels to itself. The movie has once again gained the title of being one of the highest worldwide earners. The emotional film which depicted the positive relations between India and Pakistan has surpassed the massive figure of Rs. 600 crore (6 billion) approx. Kabir Khan directorial film ‘Bajrangi Bhaijaan‘ has created a record breaking collection worldwide earning Rs. 603 crore(6.03 billion) gross. The movie with its amazing reach has now gained one more reason to celebrate itself.

The movie is not only being rewarded for its star presence with Salman Khan in the main lead, but it is also touching the hearts with its amazing story line. The marvelous film ‘Bajrangi Bhaijaan‘ is still topping the box office charts gaining the title of one of the highest earners of the year.

Also Read : Salman Khan To Team Up With AR Murugadoss For His Next?

Depicting the story of a helpful Bajrangi devotee Pavan, ‘Bajrangi Bhaijaan‘ surely gave wings to Salman’s already soaring career. The film released on July 17, 2015 and also became the biggest Bollywood opener of the year 2015. Salman proved with his film ‘Bajrangi Bhaijaan‘ that he is truly the ‘Dabangg ‘Khan of the tinsel town who can take the whole film on his shoulders. The film has not seen a drop since its release and the massive worldwide collections added a cherry on the cake.

The film also features Kareena Kapoor Khan, Nawazuddin Siddiqui and child artist Harshaali Malhotra in key roles. The family entertainer is surely going to be favorite of the masses for times to come.