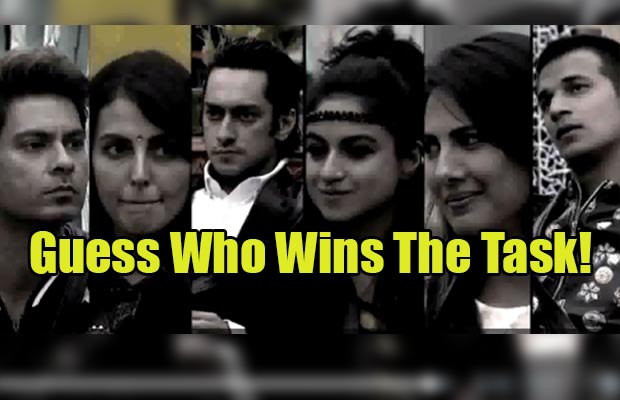 [tps_footer]With just two weeks left for the grand finale of Bigg Boss 9, the housemates are being introduced with back-to-back tasks, after Imam Siddique’s entry. We exclusively reveal, Bigg Boss introduced another interesting task for the housemates.

The task was once again divided into two teams; Rishabh Sinha, Mandana Karimi and Priya Malik were into one team while Prince Narula, Keith Sequeira and Rochelle Rao were in another. Imam Siddique was appointed as the moderator of the task.

The game was very much interesting, as two out of three members from the team were asked to be blindfolded while the third one would be their guider. Mandana became the guider for her teammates Priya and Rishabh. On the other side, Prince became guider for his teammates Keith and Rochelle.

Once they find the keys from the pool, they had to reach out to the car kept in the garden area and open it. The team, which opens the car in minimum time, will be announced as the winner of the task. Note: The entire task was carried blindfolded as they were being guided by their respective teammate.

Both the teams played well in their task, but only one team could be the winner and we exclusively reveal which team won the blindfolded task.

CLICK NEXT TO KNOW THE WINNING TEAM OF THIS TASK!