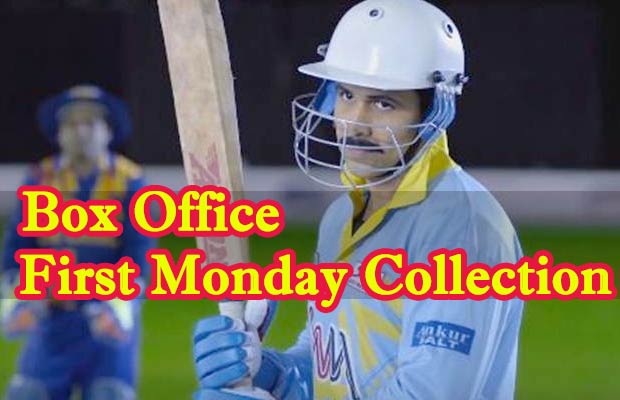 [tps_footer]Emraan Hashmi’s Azhar, which got released on May 13, opened with a pretty good collection on the first day at the Box Office. The film which is garnering mixed reviews from critics and audiences has managed to pull Rs 20 crore nett (200 million) plus on its first weekend. But Monday collections dropped around 55% from Friday.

Emraan Hashmi‘s Azhar has been lucky in places like Gujarat and Andhra. The major plus point for the film is that there is no big release in coming weeks until Housefull 3, which is releasing on June 3. Now it remains to see if Azhar can have a good hold at the Box Office on Monday.

The film has received good response and appreciation for Emraan Hashmi’s performance. Even Emraan and Prachi Desai’s chemistry in the film has impressed many. Though the film received a good reaction from the audience but received mixed reactions from the critics. Now it remains to see if Azhar is all set to surpass good numbers in the coming days or no.[/tps_footer]