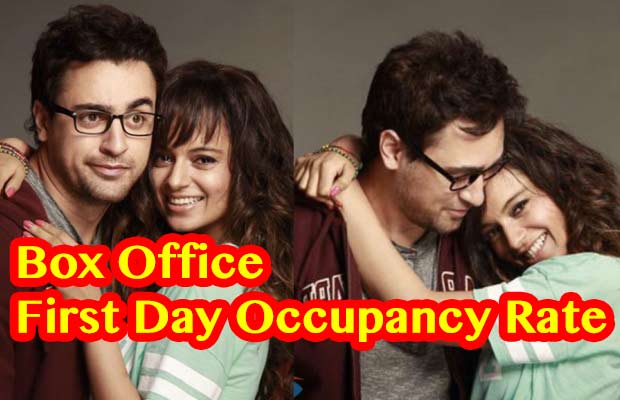 Directed by Nikhil Advani, ‘Katti Batti’s songs were also unique in their composition and the promo also garnered many views. However, the film failed to reflect it in its occupancy rate. The movie had slow start with 15% – 20% occupancy rate on an average. The film surely failed to gather the audience at the theaters.

It was predicted that Kangana’s presence in the movie would prove to be a crowd puller but nothing of that sort happened. The release date of the film also clashed with the ongoing Ganesh Chaturthi celebrations. After the films ‘Tanu Weds Manu Returns’ and ‘Queen’, Kangana is surely regarded as the actress with the success mantra. However, her magic seems to be fading with ‘Katti Batti’.

Furthermore, the film will mostly attract the audience from the metropolitan cities who are familiar with the concept of live in relationships. ‘Katti Batti’ is expected to be a crowd puller in the cities of Mumbai, Pune, Delhi NCR and Bangalore.

The movie’s business is now dependent on the weekend which can pave way for a good week ahead. With a good star cast and a different story line, the film is expected to create a good mark during Saturday and Sunday.

With such hard core promotions and Kangana’s presence, the film is also an important one for actor Imran Khan. Now whether the movie manages to impress the audiences or no only time will tell.