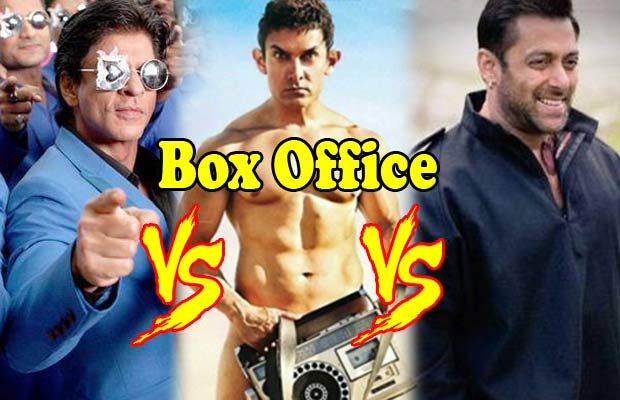 [tps_footer]Shah Rukh Khan has added another film to the top 10 foreign collectors from Bollywood with Dilwale. Dilwale has grossed $16.75 million in the first 10 days of release. The movie was released in 1,210 screens abroad. This puts the movie at the number seven spot in the top 10 Bollywood movies.

Salman Khan’s Bajrangi Bhaijaan takes the second spot with $29 million, followed by Dhoom 3 (2013) at $28 million.
The movie with the highest foreign collections from Bollywood is Aamir Khan’s PK, released last December. The film has made $47 million in the international circuit

Dilwale is co-produced by Red Chillies Entertainments Pvt. Ltd. and Rohit Shetty and was released in 1,210 screens abroad. While the majority of the screens were in traditional markets–North America (the US and Canada), the UK and West Asia, the film also released day and date in new territories like Jordan, Spain, Finland, Trinidad and Guyana.

The film will release after a couple of weeks in Germany, Iraq, Palestine, Peru, Switzerland, Morocco, Austria and Egypt, which is expected to add to the international revenues further.

“Shah Rukh Khan’s popularity in the international circuit makes it possible to explore new territories. Ideally, around 85-90 per cent of the foreign collection comes from traditional markets. However, in case of Dilwale, we notice the new or non-traditional markets’ contribution at 30-35 per cent. This has helped expand the scope of the international performance for the film,” says Gaurav Verma, Chief Revenue Officer, Red Chillies Entertainments Pvt. Ltd.

South East Asian markets like Malaysia and Indonesia are also contributing well to the foreign collection, he adds. The film’s headline song, Gerua, was dubbed in Malay to familiarise audiences. It was the top song on iTunes in Malaysia around the release.[/tps_footer]