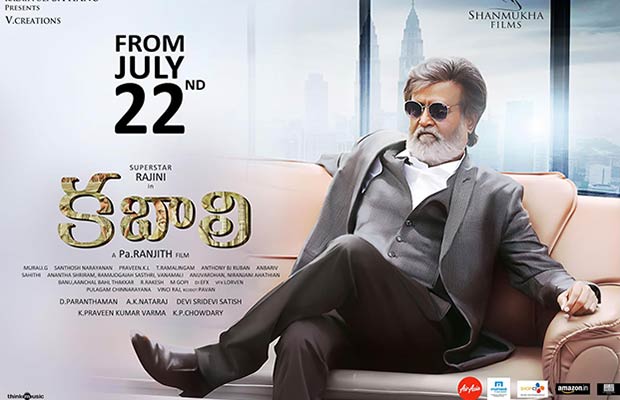 [tps_footer]Rajinikanth is back with his star power with the film ‘Kabali’. The film is just two days away from its release and the masses are already eager for the same.  Directed by Pa Ranjith, ‘Kabali’ will see Rajini in the character of a Malaysian don. The movie is loosely based on the life of gangster Bentong Kali. The movie even before its release is making headlines for its records.

It is said that ‘Kabali’ has already raked in 200 crores through its satellite rights. The movie is going to have a worldwide release in over 12,000 screens. The film is all set to release in China in over 3000 screens.

Moreover, the makers have also explored the whole of Indian belt for the release. ‘Kabali’ will be one of the first south movies to release widely in North India. Trade experts have opined that ‘Kabali’s fresh concept and Rajini’s anti-hero avatar will attract the audiences.

It is said that the massive advance bookings of the film will be a boon for its opening. The film has already created a record in the US where its tickets were sold out in mere 2 hours. However, even though Rajinikanth is a crowd puller in the South, its Hindi promotion is not done well at all. Due to the same, ‘Kabali’ might lose out on many viewers. The Hindi speaking belts are not even much eager for the film. Rajinikanth’s film ‘Robot’ had created a stir in the metropolitan Hindi speaking centers also, but the same cannot be said for ‘Kabali’.

Last two Rajinikanth starrer films did not do well at the box office, but his fan following still remains the same. With no other tough competitor in its way, ‘Kabali’ might rake in good results. It is, however, tough to say if it will break ‘Sultan’s records.[/tps_footer]