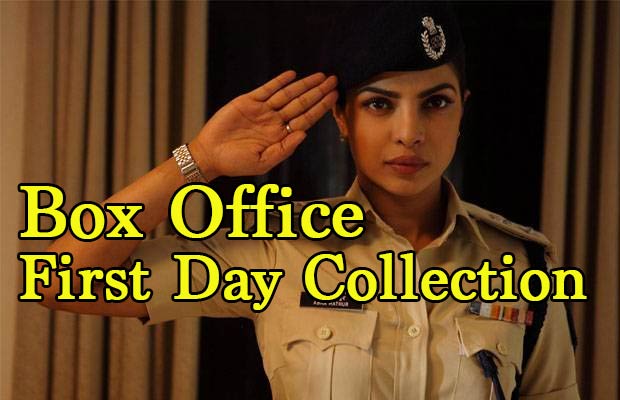 [tps_footer]This week’s big release Priyanka Chopra‘s Jai Gangaajal released on Friday, March 4. Despite of being the biggest release of 2016 so far, Priyanka‘s film has not opened well with poor opening on its first day at the Box Office.

Priyanka Chopra’s Jai Gangaajal has grossed round Rs 4.45 crore nett (44.5 million) on its first day. The film, which lacked with promotions due to Priyanka Chopra’s absence, worked better in some of the cities of UP, Bihar and Central India. The film showed its better magic in Delhi/ UP with collection of Rs 1 crore nett approx (10 million). But over all the film opened up with poor performance.

Directed by Prakash Jha, Jai Gangaajal is the sequel of 2003 film Gangaajal and is based on the story that explores the relationship between society and police. This is Priyanka‘s big release of 2016 so far, in which the actress is seen portraying a intense role of IPS officer. With dull opening, it seems the film will face difficulty over the weekend.

On the other hand, other release of this week, ‘Zubaan‘ opened up with dull collection of around 10 lakhs nett (1 million). The film has opened up to worse in comparison to last week’s film ‘Aligarh‘ starring Rajkummar Rao and Manoj Bajpai in lead roles.

Sonam Kapoor’s Neerja dropped for the first time as it grossed 1-1.25 crore nett on its third Friday. The film has got exemption in Rajasthan, but could hardly make any difference in the collections. At the same time, cities like Mumbai, Delhi turned out to be good for the film with full advantage of tax exemption.[/tps_footer]