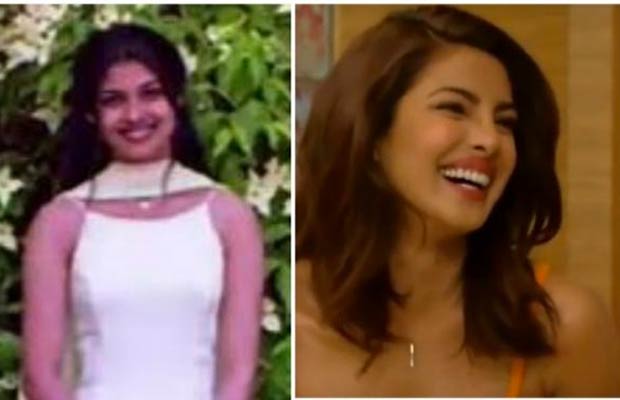 [tps_footer]Priyanka Chopra is currently slaying Hollywood like a boss! She’s busy with her Hollywood projects Quantico & Baywatch, both of which have generated a great deal of media buzz and speculation. The lovely actress who walked the red carpet at the Oscars recently and even presented an Academy Award, spoke about her experiences in Hollywood at the very popular ‘Kelly and Michael‘ show. The leggy lass was dressed in a bright orange crop top-skirt combo with a simple blowout to frame her face.

She was seen letting loose on the show and she even shared a few embarrassing stories about herself.

Chopra who will be going to Montreal to shoot in the coming few days said they had “Lovely people, lovely food, but terrible weather.” Piggy Chops also spoke about being the most googled star at the Oscars this year other than Leonardo DiCaprio. She said, “That blew my mind, you know why? Because he won an Oscar” to which Kelly replied, “Yes, but he was not wearing that dress.” The dress that PC wore to the red carpet has gained a lot of praise and put her on many ‘Best Dressed’ lists.

As part of the show’s Flashback Friday, there was a picture from Chopra’s prom where she was sporting a pastel gown and was a lot chubbier than she is now. Priyanka said, “It is terrible. I had a crush on this guy who was a junior. And then there was another guy who had a crush on me. He asked me to the prom and I agreed only so that I would get to meet my crush at the prom. I was mean, but now I know better.” To this Michael who was the co-host said that PC was “Always breaking a man’s heart” Well, we agree to that last statement!