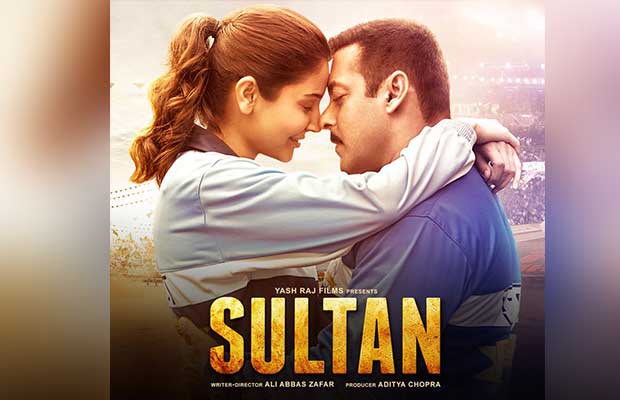 One of Salman Khan’s most ambitious projects, Sultan is all geared to be released tomorrow. The film, an expensive affair in itself, has aimed to break all records on the opening day itself. The film has aimed to cross the collection of 40 crores on the first day itself. Last year, Salman’s Prem Ratan Dhan Payo created a record of the opening day however just missed to hit the 40 crores net point.

Four years back, Ek Tha Tiger had created a record of 30 cr net barriers in the industry. It’s been quite some time since the film released, and only a few films came up in these 3 years which were expected to break the record but failed.

However, this film is expected to break the present record by a good margin. There’s a good chance that the film could be a 45 cr net opening day collector.

There’ a high possibility of Sultan grossing more than 40 cr as Prem Ratan Dhan Payo was very close to the point. Also, there’s a huge hype in the prices of the ticket at various multiplexes which would really help the film cross the barrier. The industry is having huge expectations from the film. And an opening day record would contribute to fulfilling these expectations.

The film is in favour of breaking this record as it is backed up by various positive factors. First of all, the lead in the film is played by actor Salman Khan who is at the peak of his career. Also, starring opposite him is actress Anushka Sharma who is the current favourite in the industry. Also, the film has in its favour a five-day long weekend ensuring that it breaks all initial records. Also, the film has a genre with a universal appeal and the teaser has gained the tremendous response. The music too has caught up with the old and youth. The director has two fairly successful commercial ventures in his bag, which without any big actors did fare well at the Box Office.

The cast in Sultan is with a traditional style of storytelling. Most Hindi films do well base on this advantage. However, Sultan needs a great script to compliment the cast which can only be judged after watching the film post its release.

There are no noticeable cons for the film except that the dominating language in the movie is Haryanvi. This language won’t be a barrier in metros like Delhi, Mumbai and Pune. However, can come in the way of the movie’s success in areas like Andhra, Gujarat, Saurashtra. This has been predicted as films with a dominating Haryanvi accent have always fared poorly in these regions. This might not otherwise matter for a normal production. However, it greatly affects a record-chasing number as faring poor in the huge state like Gujarat can largely affect the film’s overall collection. This scenario was witnessed at the time of Tanu weds Manu Returns. The movie didn‘t do great in the state in spite of being a huge overall hit.

However, this shouldn’t be the possibility in the case of Sultan as it has a star power which would overcome all hindrances but the rare chance is still taken into consideration.

The other factor which can have a negative impact is an external factor which doesn’t really affect the film. The flashing records of 300 and 400 crores create huge pressures for the upcoming films to fare huge amounts at the office.